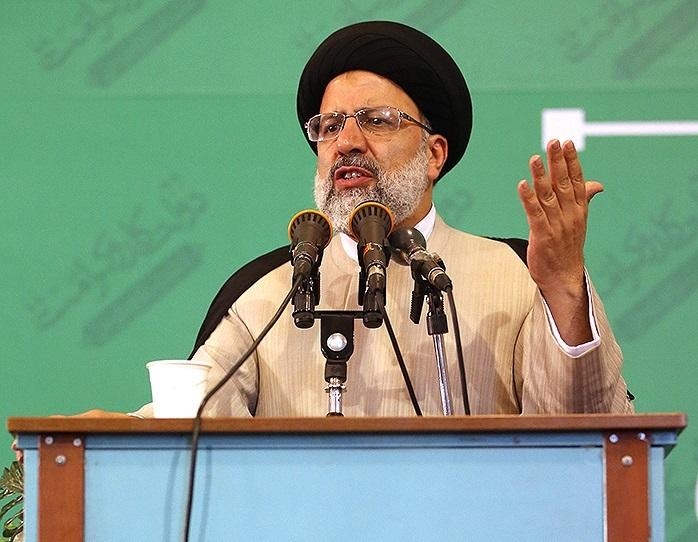 Iran welcomed its new president, Ebrahim Raisi, last week as the country faces tensions with several others, most notably the US and Israel. A recent revelation made by the survivors of the mass executions overseen by Raisi and his henchmen noted how Iran’s new president and his officials celebrated by feasting.

Recently, the survivors of the mass executions of the country’s political enemies back in the 1980s revealed details of the ordeal overseen by Raisi and his officials. The revelations surface ahead of the trial of Hamid Noury, who was an executioner at that time, before a court in Sweden for his involvement in those executions of over 30,000 people back in 1988. Noury took orders from Raisi, who was at that time leading the “death commission” of Tehran that was established by former Supreme Leader Ruhollah Khomeini.

One of the survivors, Nassrollah Marandi, recalled during his time in the “death corridor” of Gohardasht Prison, Noury came in and took some of his close friends to be hanged. All of his friends, according to Marandi, came from the political organization MEK. Marandi shared that the only crime his friends were seen to have committed was their loyalty to their organization.

“I also remember how on that afternoon, Noury brought a big box of pastries and distributed them among the executioners and the officials involved in the massacre celebrating the executions,” shared Marandi. “The first place he took the pastry box was the room where Ebrahim Raisi was, sitting as a member of the Death Commission and issuing death sentences.”

Another survivor of the executions, Rexa Fallahi, also said they are unable to forget the ordeal. Fallahi also said that Noury should face a sentence according to law, but noted that it is more important that, those who were the masterminds behind the massacre like Raisi and even Supreme Leader Ali Khamenei are also brought to justice.

To note, both Marandi and Fallahi are set to give their testimonies against Noury in his trial.

Meanwhile, Raisi recently spoke with French President Emmanuel Macron in his first phone call with his western counterpart since taking office. In the phone call that lasted one hour, Raisi reiterated that Iran’s rights must be guaranteed if countries involved in the 2015 nuclear deal want to go through with negotiations.

“In any negotiation, the rights of the Iranian people must be upheld and the interests of our nation ensured,” said Raisi during the call.