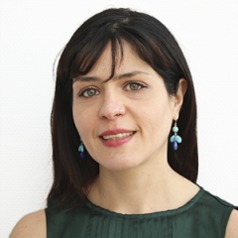 Indonesia is currently in the throes of an environmental emergency. Thousands of hectares of forest are burning across the vast country, causing toxic smoke to be released into the atmosphere. This has led to eerie apocalyptic scenes of deep red skies, deserted streets and people with their faces covered with masks.

Such fires send huge amounts of carbon into the atmosphere. The last massive outbreak, in 2015, saw the fires emitting more greenhouse gases than the entire US. They’re also a disaster for the orangutans and other wildlife in the forest.

But what about the impact on affected humans? Who is at risk – and how?

Wildfires and haze are not uncommon in Indonesia. Small-scale farmers have traditionally used small and well-controlled fires to clear land for the planting of new crops, but now the fires are getting bigger and more frequently burning out of control.

Partly, this is because the amount of land devoted to commercial production has steadily increased. Carbon-rich peatland forests on the islands of Sumatra and Kalimantan have been extensively cleared to create new plantations, often to produce palm oil. Weak land tenure security has also led to conflicts between local communities and plantation companies, where burning land has become a weapon to exercise pressure. All this has been exacerbated by the El Niño weather phenomenon which in some years has caused extraordinarily dry conditions.

So far, more than 35,000 fires have been detected in 2019 in the country and air pollution levels are classified as “hazardous” according to the Air Quality Index (AQI). This year’s fires have been indeed the worst since 2015, when more than 2.5m hectares of land burned, causing a US$16 billion loss – a substantially larger sum than even the reconstruction costs of the 2004 Boxing Day tsunami. But exposure to the wildfires and their subsequent toxic smoke also causes short and long-term damage to human lives.

The smoke generated by burning wood and vegetation contains lots of very fine particles, too small for the human eye to see. These particles can easily lodge deep into the lungs and can pass into other organs or the bloodstream.

To see what mass exposure to this sort of pollution may mean in the longer term, we can look at the effects of massive wildfires in late 1997, which burned more than 5m hectares of land and sent a huge pollution cloud across South-East Asia. Before 2015, these were Indonesia’s biggest fires on record.

Various researchers have analysed data from population surveys taken during and after the fires, and found that the smoke generated by the fires harmed adult health and child survival rates at the time, and led to lower health and educational achievements in the longer-term.

For instance, one study found that exposure to the toxic smoke resulted in significant worsening of physical functioning. These effects were especially prolonged among women aged 30-55 years and older adults.

Other research has found that smoke-contaminated air, soil and food is particularly bad for pre and postnatal health. Toxicants inhaled by the mother interferes with her health, which in turn disrupts foetal nutrition and oxygen flow. One study found that exposure to the Indonesian wildfires of late 1997 lead to more than 15,600 child, infant, and foetal deaths, or a 1.2 percentage point decrease in the survival of the exposed cohorts. Poorer people were worst affected. 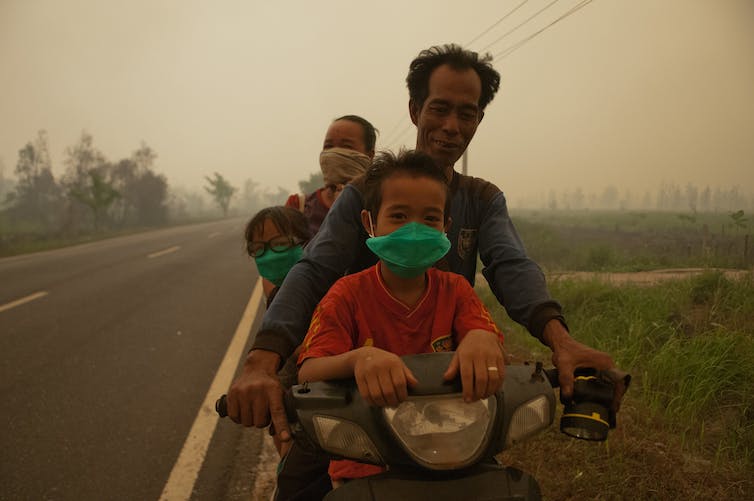 Finally, child nutrition and health can be directly impaired through inhaling toxicants or ingesting them in contaminated raw food, and as a result of the temporary lack of adequate care given by unhealthy adult family members.

My own research, published earlier in 2019, is relevant here. I looked at young children aged 12-36 months living in the affected islands of Sumatra and Kalimantan during the 1997 fires, and I compared them with a comparable group of children who lived in areas not affected by the fires.

I found that exposure to the fires resulted in a significantly slower growth rate of about 1mm per month within the three-month period between first exposure to the fires in September 1997 and the final measurement that December. Doesn’t sound like much? Well bear in mind that children that age are growing around 1cm a month, so those that I studied were losing a tenth of their growth rate.

The 1997 haze lasted for just a few months. But a few months is a long time when you are a toddler, and for the cohort I studied the fires happened during a critical period where brain development is more sensitive to nutritional shocks. This then had important repercussions when these children reached school age: on average they delayed enrolment in primary school by six months, and eventually achieved almost one year less of education compared to the group not affected by fires.

It is not yet clear whether 2019’s fires will reach the scale of the disasters seen in 1997 or 2015. But these studies all imply that exposure to the wildfires entails a real risk for human well-being. Previous generations of Indonesian children paid the price – if we are to ensure today’s children don’t suffer similar problems, then action needs to be taken to protect the most vulnerable.