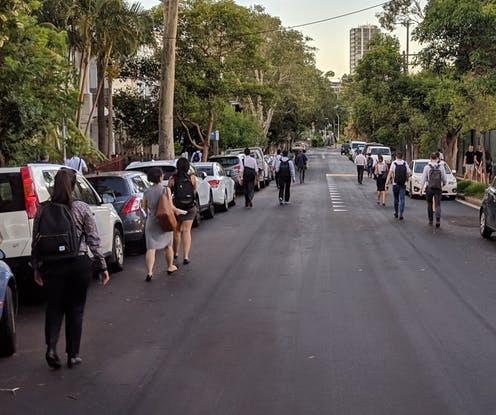 Pedestrians walking along Bridge Street to Erskineville station in Sydney could take advantage of an extra southern entrance, as could many people now choosing not to catch the train. Chris Standen, used with permission, CC BY-NC-ND 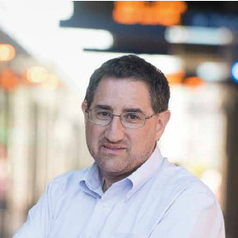 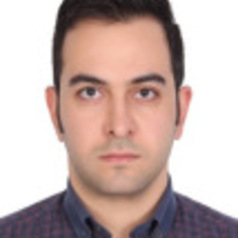 Train riders have to get to stations somehow. This is often referred to as the “first mile” or “last mile” problem. There are many technical solutions to help travellers get from home to the station and back, ranging from cars to electronic scooters, but most people use a much older technology, their feet, to get from A to B. What is seldom considered is access to the train platform itself.

Stations are not points but places. They occupy a large area. A person walking at average speed takes about two minutes to walk from one end of a full-length eight-car train to the other.

Imagine being so unlucky to have an extra 12 minutes of travel time every day if you take the train. You might be tempted to drive instead. 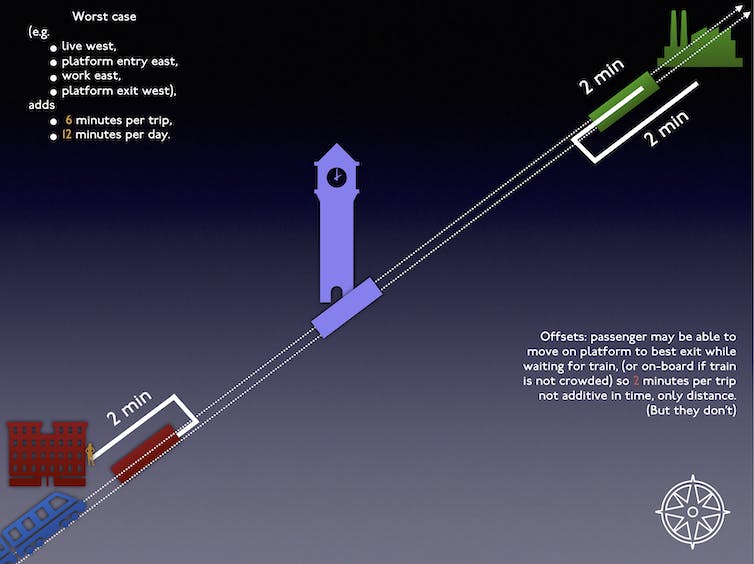 In a worst-case scenario, traveller lives west of the station with an east platform and works east of a station with a west platform, adding six minutes of travel each way, 12 minutes per day. Author provided

The table below shows the extra travel time in minutes depending on platform locations and access points for a traveller’s origin and destination. The average time for such a one-sided configuration of train stations is 3.25 minutes each way. 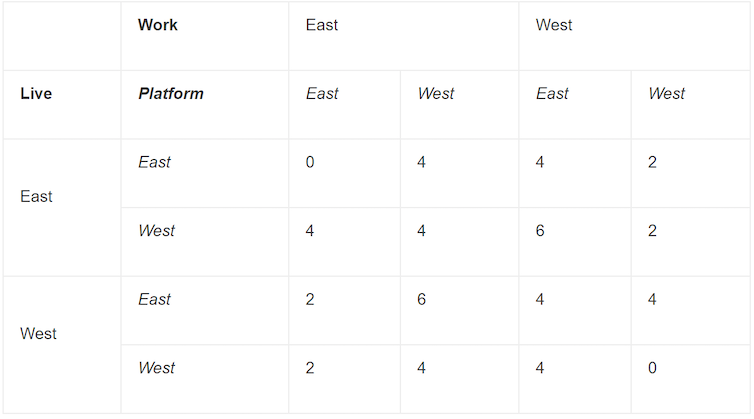 Travel times in minutes depending on access to platforms at stations used to get to work and home. Author provided

While this example is hypothetical, it is drawn from experience in Sydney, where 44 of 178 train stations have only a single side entrance.

So what impact will a second entrance have?

We examined those stations and access to their platforms: how many people lived within 5, 10 and 15 minutes of the station platform, considering actual entrance location, and how many jobs were within 5, 10 and 15 minutes of the platform. Using existing ridership data from Opal cards, we estimated a model that related the passenger entry and exit flows at each station to that station’s accessibility. 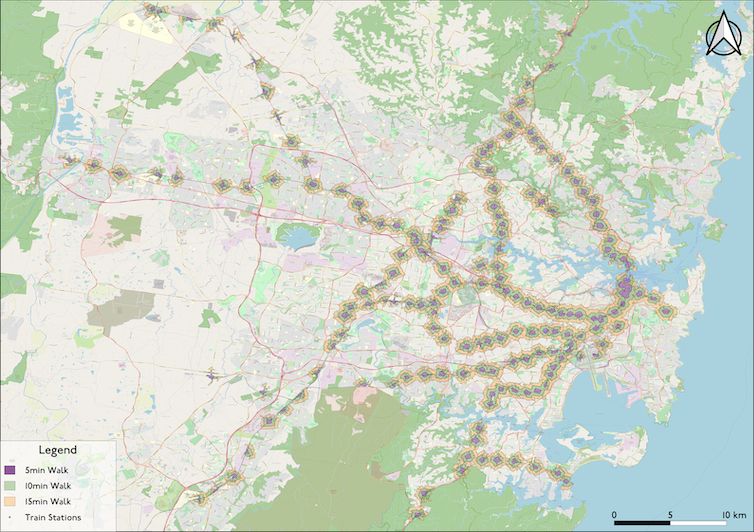 We sketched a second entrance at those 44 stations and measured accessibility again. It’s now higher, as having two entrances instead of one means more people can reach the platform in the same time. We then estimated the increase in ridership from the model due to the improved accessibility, assuming no change in population or employment.

Over all 44 stations, total morning peak period entries increased by 5%. But some stations benefit a lot, and others not at all, so prioritisation of investments matters.

It will be no surprise to locals that Erskineville station comes out on top with a nearly 35% increase. While many of the new apartment-dwelling residents west of the station make the extra hike every day, even more would catch the train if there were a convenient entrance.

While this result considers existing development, adding a second entrance can make new transit-oriented development that much more valuable. This is because it will likely increase activity on the previously less accessible side of the station, as the example of Erskineville shows below. 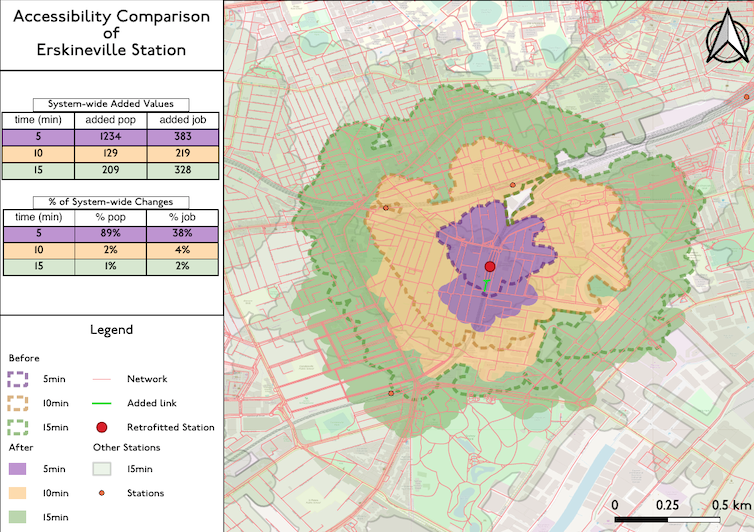 Other considerations include accessibility for people who cannot use staircases, as many of the stations are older and will require lifts. The prospects of park-and-ride lots, the costs of construction, the presence of nearby stations, and site feasibility also play into final decisions.

Our formal findings and detailed methods are written up in this report: Catchment if you can: The effect of station entrance and exit locations on accessibility.