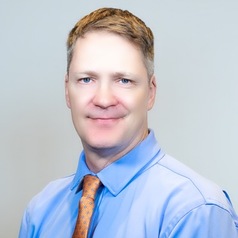 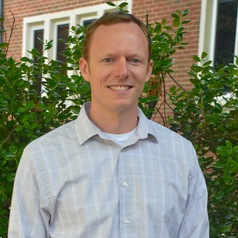 After emphasizing that “America loves India” during the “Namaste Trump” event, President Donald Trump opened his address with several references to India’s most popular sport, cricket. A crowd of more than 100,000 responded with cheers.

“Five months ago, the United States welcomed your great prime minister at a giant football stadium in Texas,” Trump noted on Feb. 24. “And today India welcomes us at the world’s largest cricket stadium in Ahmedabad.” Next, Trump mentioned Indian cricket stars Sachin Tendulkar and Virat Kohli, although he mispronounced the names and was called out by social media users, including the sport’s governing body, the International Cricket Council.

Like many Americans, Trump likely knows little about the history or the significance of cricket in India. As scholars who study the social and cultural significance of sports and their globalization, we understand how this 18th-century colonial import grew into a revered – and lucrative – cultural institution in India.

Originating in England, cricket came to India with the East India Company – an English company formed to develop trade in Asia.

According to British sailor Clement Downing’s “A History of the Indian Wars,” written in 1737, the first cricket match in India was played between sailors like him in 1721 in Khambhat, near India’s western seaboard, only 55 miles from the stadium where Trump gave his speech.

The introduction of English traditions and sports helped the colonizers affirm their supposed cultural superiority and justify their rule. Some Indians, however, were actively involved in making the foreign sport their own.

The Parsis, an ethnic minority, who were enterprising traders with close ties to the British, for example, were particularly enthusiastic about the sport. By the mid-1800s, they had formed their own cricket teams.

Thereafter, English sports began to surpass traditional Indian games in popularity, such as local forms of wrestling. Other pastimes, such as “Kabaddi” – a team sport involving chasing and tagging opponents – started to be organized like English sports in the 1920s with rules, formal competitions and federations.

However, leading up to India’s independence in 1947, fierce debates raged over this British influence. Student protesters saw the cricket contests between different Indian groups as “a slow poison given to the rising Indian generation and blockading the path to independence.”

Cricket fans, however, continued to flock to local contests, including the Bombay Pentangular, an annual tournament between teams consisting of Europeans, Parsis, Hindus, Muslims and other minority faiths.

From colonialism to commerce

A major stepping stone in cricket’s rise to a national sport was India’s 1971 triumph in England. The Indian cricket team defeated the former colonizers at their own game, on their own turf.

Then again, in 1983, India won the cricket World Cup at Lord’s Cricket Ground in London – the original home of the sport, once called the “cathedral of cricket.”

In addition to its success in international competition, India has also turned cricket into a multi-billion-dollar industry. The Indian Premier League, inaugurated in 2008, features a fast-paced variety of cricket known as Twenty20. As opposed to traditional “test matches” between national teams that last up to five days, Twenty20 matches are typically completed in three hours and encourage aggressive, offensive play.

David Richardson, the chief executive officer of the International Cricket Council, said in March 2019 that the Indian Premier League had helped locate India at the center of the cricketing world.

When President Trump delivered his remarks at the new stadium, located in Prime Minister Narendra Modi’s home state of Gujarat, the venue served as more than just a convenient space to accommodate a large crowd. It symbolized the evolution of a sport with a political history. Or, as historian Boria Majumdar notes, a sport that is like “religion at home.”