How CSIRO is turbocharging the world's largest radio telescopes

The 500-metre Aperture Spherical Telescope (FAST) is the largest single-dish radio telescope in the world. NAOC 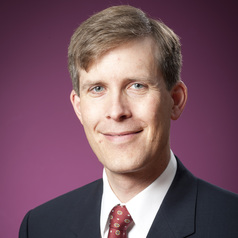 At 500 metres in diameter, it would only just fit under the arch of the Sydney Harbour Bridge.

To put this into astronomical perspective, the Parkes Radio Telescope has a diameter of 64 metres, with a collecting area – the amount of surface that the radio waves can bounce off – of 3,216 m2.

Radio waves raining down from the cosmos will bounce off this huge dish and into a receiver overhead, which is being built by CSIRO. The CSIRO-built multibeam instrument being installed on the Arecibo telescope. Graeme Carrad

To stay scientifically competitive, telescopes must have the latest technology. The telescope you see – the giant steel dish – will probably look much the same for decades. But behind the scenes, generation after generation of new instruments will be installed to analyse the incoming radio waves.

The continuous improvement of these instruments is what keeps a telescope current. The Parkes telescope, for instance, is now 10,000 times more sensitive than when it was first built due to improvements beyond the dish itself.

Instruments for radio telescopes aren’t bought off the shelf. Each telescope is different, and instruments are custom-made for the one they’ll be used on.

Tuning in to the universe

Radio astronomy is also a technically demanding field. The receivers are so sensitive, that they could pick up a mobile phone on Mars. We can even time the rotation of pulsars to 11 decimal places. Astronomers push to record transient events down to timescales of nanoseconds.

Technical capability and science goals evolve in tandem: astronomers ask for more than they have, pushing the engineering ever onward. In CSIRO, that conversation happened at close quarters, with scientists and engineers mingling in the same tea-room. This frequent contact led to innovation that could not have taken place if the engineers had been working to meet “blue sky” science goals developed far away.

Telescope upgrades have been integrated with a strong research and development program. One we have kept going through the ups and downs of capital funding over the decades.

The receiver we’re building for China’s FAST telescope has grown from work we started decades ago. Traditionally, a single-dish telescope such as Parkes sees only one spot – one pixel – on the sky at any one time, and pictures must be built up by repeated scanning.

But we dramatically boosted its capabilities by developing a “multibeam” receiver that lets Parkes see several spots on the sky at once.

This receiver turbocharged Parkes, letting us scan the sky in less than a tenth of the usual time. It led Parkes to discover fast radio bursts and hundreds of new galaxies hidden behind the Milky Way.

For the receiver on China’s FAST telescope, we’re providing proven technology rather than the very cutting edge. But it’s going into a telescope that’s even better than our one at Parkes. FAST will also search for pulsars, look for radio signals from extra-solar planets, and measure hydrogen in our own galaxy and tens of thousands of others.

The newest technology to speed up telescopes is phased-array feeds, which allow us to electronically synthesise a multipixel image of the sky. These feeds can “ignore” radio signals from satellites that would otherwise blind our receivers. We’ve used this technology on the Australian SKA Pathfinder (ASKAP) in Western Australia.

The phased-array feeds have already produced some superb early science during commissioning. There are more design improvements in the pipeline.

Plus, in the last few months we’ve learned more about how to best use the feeds by running one on Parkes, ahead of installing it on the Effelsberg telescope in Germany.

We’re working with ASTRON, the leading astronomy organisation in the Netherlands, to deliver the technology that will let these dipoles (which don’t physically move) “look” in different directions. This will be based on a system we developed for ASKAP.

Radio astronomy is not a big industry, but its technologies are central ones in radio communication, as shown by the well-known example of WiFi, which was born from radio astronomy. Australia’s experience in this field is a clear example of how innovation happens in practice.