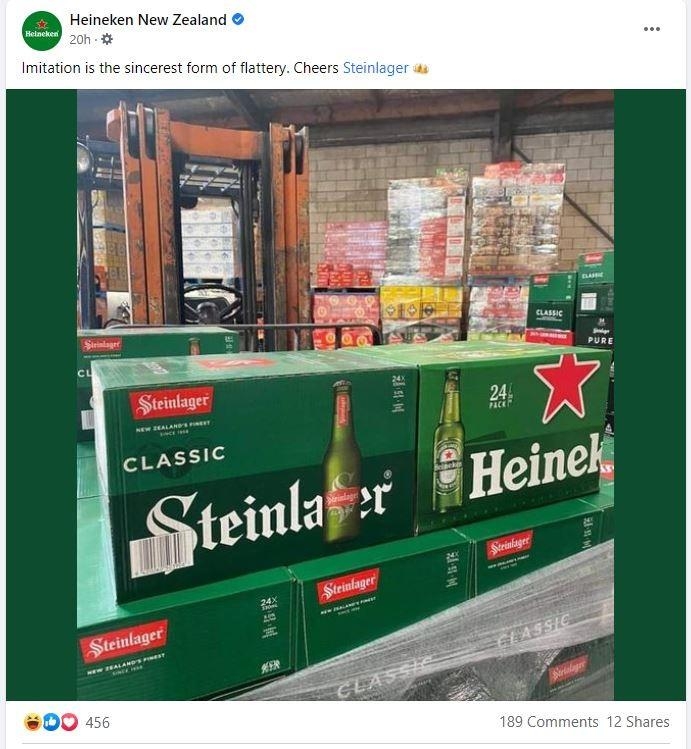 The two green boxes have very similar designs with brand names written in white against a dark green background and red detailing.

The Heineken NZ Facebook account posted a photo of its 24-pack box side-by-side with Steinlager's, which was decorated with the new branding of "'New Zealand's finest".

The two green boxes have very similar designs with brand names written in white against a dark green background and red detailing.

Steinlager, owned by Lion Breweries, has yet to publicly respond to the ribbing by Heineken, one of the world's biggest beer brands.

The post triggered a debate among beer lovers, some in support of "Heiny" and others for "Steiny".