Has Ireland's 'complacent' government cost itself the election? 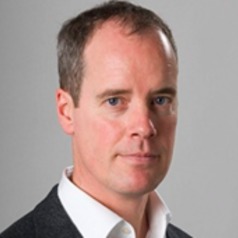 Ireland is to hold an election on Friday and, if the opinion polls are to be believed, the result will be a damming verdict on the country’s established political parties. In fact, Ireland’s 80-year-old party system will be shattered.

Going into this short election campaign – the shortest in Irish history – the parties that make up the coalition government were feeling pretty confident. The economy was picking up after five rough years and polls looked positive, at least for the larger right-of-centre Fine Gael party. Less so perhaps for the smaller left-of-centre Labour party.

The coalition parties have been telling voters that they face a clear choice between stability (re-election of the current government) or chaos. There have been doom-laden references to recent electoral outcomes in Greece, Portugal and Spain to drive home the point.

Ranged against the government parties are two alternative scenarios, and neither looks strong enough to topple the coalition.

On one hand, a group of left-wing parties is offering an undoubted alternative. The largest of these is Sinn Féin, a party historically associated with the Northern Ireland troubles and whose main raison d’être is a united Ireland. The idea would be to work with smaller left-wing parties, such as Anti-Austerity Alliance – People Before Profit party, and independents on the hard left of Irish politics. While this group (most of them fighting under the banner Right 2 change) has a pretty clear offering – focusing on equality issues and taxing high earners – it is divided internally. It is also unlikely to secure enough votes to form a government in its own right.

On the other hand, there is the centrist Fianna Fáil party. This used to be Ireland’s predominant party but voters blamed it for the economic crisis and its vote collapsed in 2011. Although it has had a good campaign so far, it probably has too far to go to topple its long time competitor, Fine Gael.

Pride before a fall

But then the government parties could always lose the election for themselves. They seemed on safe ground in arguing at the outset of the campaign that there was no credible alternative on offer. But this strategy has backfired: they were accused of being too arrogant, of assuming that the election was nothing more than a coronation. That, plus a clumsy campaign launch by Fine Gael – when it tarnished its image as the party of prudence by being seen to offer too many electoral goodies – is proving costly for the government parties.

This has been reflected in the campaign polls which have showed little if any momentum for the government parties. If anything the trend has been in the opposite direction. The Labour party, in particular, appears to be approaching electoral meltdown.

According to the latest poll of polls the coalition partners are likely to be 15 or more seats short of an overall majority in Ireland’s 158-seat parliament.

If they were a handful of seats short – as was envisaged by most at the start of the election campaign – then it might have been possible to cobble together a coalition with the support of like-minded independents or one or other of the new parties, such as the left-of-centre Social Democrats or right-wing Renua party – each expected to pick up a small handful of seats.

But if the polls are correct and unless there is a late surge in support, the gap now looks too large to be bridged. That leaves only one likely election outcome – a hung parliament. From there Fine Gael will probably form a minority government (perhaps with Labour) that limps on for a few months before the inevitable precipitation of fresh elections.

A second outcome – a long shot that can’t be entirely ruled out – is that Fine Gael and Fianna Fáil bury their long held animosity towards each other (one born out of a civil war divide in the early 1920s) and form a grand coalition. Both parties fervently reject this possibility, but as the poll trends refuse to cooperate, their denials appear ever more hollow.

Whatever the electoral outcome, one thing is certain about this election: that the dominant hold over the political system held by the three main established parties (Fianna Fáil, Fine Gael and Labour) is about to suffer a serious hit.

Between them they used to sweep up more than 90% of the seats in parliament. In 2011 – seen at the time as “an electoral earthquake” – their joint seat tally still stood at over 80%. Based on poll projections it looks like it now will shrink to 65% or less. This is a party system in change. Where it will end up is anyone’s guess.

David Farrell does not work for, consult, own shares in or receive funding from any company or organization that would benefit from this article, and has disclosed no relevant affiliations beyond the academic appointment above.