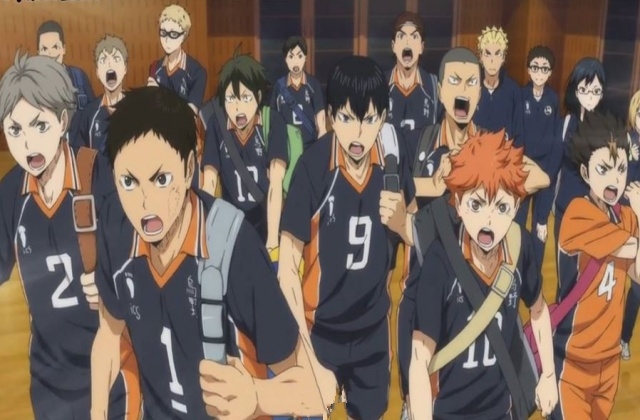 The game is still ongoing between the Black Jackals and Schweiden Adlers. It is heating up as both teams are rallying to claim the win for this game that may end up as a best-of-five match. Most of the best players in both teams have stepped up their games and it is impossible to predict who will bring home the victory.

In the previous “Haikyuu” chapter 397 titled “Load Save,” Atsumu Miya, the starting setter for the MSBY Black Jackals, was shown doing his best as he continues to make good serves. On the other team, Wakatoshi Ushijima of the Adlers is good at his synchro attacks so Shoyu Hinata and Kotaro Bokuto are on the guard.

Hinata was all over the court as he flies for a double block alongside Kiyoomi Sakusa. For the Adlers, Korai Hoshiumi is also working hard but the Black Jackals maintained the lead at 11-9. Tobio Kageyama’s team must catch up and win so they will still have a chance to be the ultimate winner.

In this “Haikyuu” chapter 397, Hinata was also being teased once again for being short. He was also shown getting angry at Kageyama but the reason for this is still unknown.

The Jackals may feel that they can win this again but they should not lower their guard because the Adlers are raring to catch up and overtake them in the scoreboard. “Haikyuu” chapter 398 may be a full game episode without flashbacks of the player’s lives so the game may end faster than the previous sets.

Finally, as posted on the official Shonen Jump website, “Haikyuu” chapter 397 is set to arrive on June 21. Fans can also get more spoilers since the raw scans will be release earlier and expected to be up by June 19. Lastly, followers of this manga can read the chapters via VIZ Media and Manga Plus app.