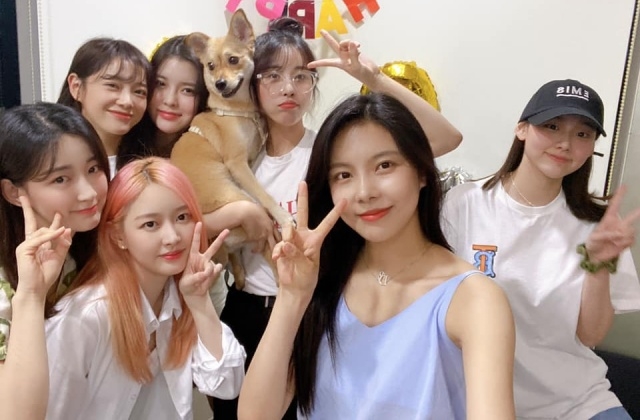 This is a sad day for fans of the girl group Gugudan as its agency, Jellyfish Entertainment, just announced that it is disbanding the group. In a breaking statement that was released this afternoon of Dec. 30, the company revealed the band will be dissolved on Dec. 31.

The official statement from Jellyfish

In a letter that was posted on Gugudan’s fan cafe, Jellyfish confirmed that the group will no longer promote together. The disbandment will take effect tomorrow, and this news could really be shocking for the fans who have been supporting the team since its debut four years ago.

As translated by Koreaboo, part of the statement from the agency regarding Gugudan’s break up reads: “Gugudan, who have been working hard and have been well-loved since their debut, will be ending official group activities on December 31.”

Jellyfish continues, “After a series of long and in-depth discussions between the company and the artists, we have agreed to end the group activities.”

The agency said that although Gugudan will no longer promote as a group, they will try their best to provide support to each of the members. It was shared that some of them will now focus on their solo activities as singers or actresses.

Jellyfish Entertainment also thanked everyone for supporting Gugudan and apologized for the sudden news. In any case, Gugudan has been inactive for two years, and the lack of activities is the main reason for the girl group’s disbandment.

The team was formed and debuted in 2016. It consists of nine members that include Sejeong, Mina, Liu Xiening, Mimi, Nayoung, Hana, Hyeyeon, Han Haebin, and Soyee. Hyeyeon left the team in 2018 due to health issues, and this was before Gugudan released its third and last EP titled “Act. 5 New Action.”

Currently, Kim Sejeong is active in dramas, and she is part of the highly successful OCN comedy/action drama titled “Uncanny Encounter.” It is an adaptation of a popular webtoon that is also known as “Amazing So Mun” or “Amazing Rumor.”

Mina, Mimi, and Hana are also into acting starring in upcoming dramas. As for the rest of the members, some are participating in competition shows and pursuing a musical path.