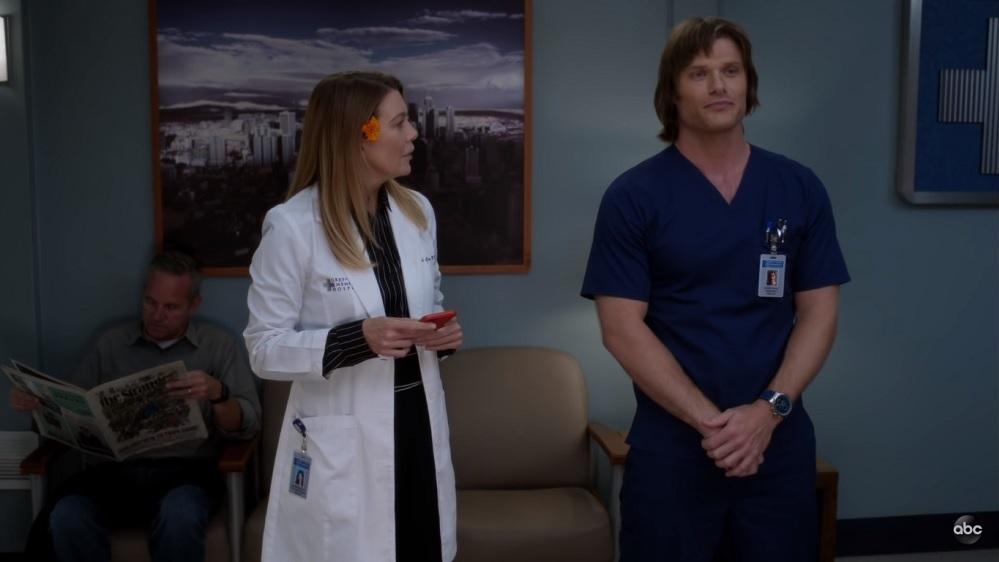 When Meredith (Ellen Pompeo) and the rest of the Grey Sloan Memorial staff return for “Grey’s Anatomy” season 15 episode 9, they will be picking up from quite a chaotic mid-season finale. Meanwhile, the last installment of 2018 also made it clear that there are now only two men trying to win the heart of Meredith namely the heartthrob doctors DeLuca (Giacomo Gianniotti) and Link (Chris Carmack).

“Grey’s Anatomy” season 15 episode 9 is officially the first installment for 2019. It will pick up from the chaos caused by a power outage that affected the hospital. But DeLuca might count it as luck in disguise as he got stuck in the elevator with Meredith. DeLuca had just confessed to Meredith about his real feelings for her but she needed more time, which is practically a way of initially rejecting him.

Recently, a teaser photo shared by TVLine showing that one of the highlights of “Grey’s Anatomy” season 15 episode 9 is DeLuca’s moment with Meredith. While sitting on the elevator floor, the two seems to be having quite a deep conversation. Executive producer Krista Vernoff also confirmed to TVLine that after this entire ordeal, the two will come out of that elevator knowing more about each other. Maybe, in the process, this will also make a case of why DeLuca deserves a chance to be with Meredith.

To fans who are on the Team Link, fret not because Vernoff also confirmed that the newcomer will also spend some alone time with Meredith. It will not happen in “Grey’s Anatomy” season 15 episode 9, though. “She gets to know DeLuca better in episode 9, and she gets to know Link better in 10,” Vernoff said.

When “Grey’s Anatomy” season 15 episode 9 airs on Thursday, Jan. 17 (8 p.m. ET on ABC), some fans are likely still not digging the DeLuca-Meredith team-up. While others do not entirely dismiss that possibility, fans deem DeLuca’s character needs more development to be worthy of Meredith’s love -- the same can be said for Link.

However, Vernoff argued that fans have yet to learn more about DeLuca’s and Link’s experiences. This means that the characters’ development awaits in “Grey’s Anatomy” season 15 episode 9 and the following installments. "And if life experience is code for age, then I would ask those viewers to look at the double standard. Because they never questioned Meredith for Derek [Patrick Dempsey] even though there was an age difference,” the EP added.