Giving environmental water to drought-stricken farmers sounds straightforward, but it's a bad idea 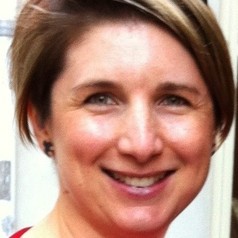 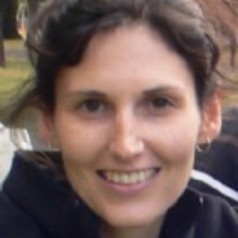 Deputy Prime Minister Michael McCormack last week suggested the government would look at changing the law to allow water to be taken from the environment and given to farmers struggling with the drought.

This is a bad idea for several reasons. First, the environment needs water in dry years as well as wet ones. Second, unilaterally intervening in the way water is distributed between users undermines the water market, which is now worth billions of dollars. And, third, in dry years the environment gets a smaller allocation too, so there simply isn’t enough water to make this worthwhile.

In fact, the growing political pressure being put on environmental water holders to sell their water to farmers is exactly the kind of interference that bodies such as the Commonwealth Environmental Water Holder were established to avoid.

The ongoing sustainable use of rivers is based on key ecosystem functions being maintained, and this means that environmental water is needed in both wet and dry years. The objectives of environmental watering change from providing larger wetland inundation events in wet years, to maintaining critical refuges and basic ecosystem functions in dry years.

Prolonged dry periods cause severe stress to ecosystems, such as during the Millennium Drought when many Murray River red gums were sickened by salinity and lack of water. Environmental water is essential for ecosystem survival during these periods.

Under existing rules, environmental water holders can sell and buy water so as to deliver maximum benefits at the places and times it is most needed.

But during dry years the environmental water holders receive the same water allocations as other users. So it’s very unlikely there will be any “spare” water during drought. During a dry period, the environment is in urgent need of water to protect endangered species and maintain basic ecosystem functions.

We should be cautious when environmental water is sold during drought, as this compromises the ability of environmental water holders to meet their objectives of safeguarding river health. When the funds from the sale are not used to mitigate the loss of the available water to the environment, this is even more risky.

In response to McCormack’s suggestion, the National Irrigators’ Council argued that compulsorily acquiring water from the environment can actually hurt farmers who depend on the water market as a source of income or water during drought.

Water markets are underpinned by clear legal rights to water. In other words, the entitlements the environment holds are the same as those held by irrigators. If the government starts treating environmental water rights as barely worth the paper they’re printed on, farmers would have every reason to fear that their own water rights might similarly be stripped away in the future.

Maintaining the integrity of the water market is important for all participants who have chosen to sell water, based on reasonable expectations of how prices will hold up.

As federal Water Resources Minister David Littleproud noted this week, environmental water is only about 8% of total water allocations in storage throughout the Murray Darling Basin. In the southern basin, it is still only about 14%. This means that between 86% and 92% of water currently sitting in storage is already allocated to human use, including farming.

There are calls for the Commonwealth government to treat the drought as an emergency and to take (or “borrow”) water from environmental water holders. But the Murray-Darling Basin Plan already has specific arrangements in place for emergencies in which critical human water needs are threatened.

The current situation in New South Wales is not an emergency under the plan. Water resources across the northern Murray-Darling Basin are indeed low, but storages in the southern basin are still 50-75% full. Although many licence holders in NSW received zero water in July’s round of allocations, high-security water licences are at 95-100%. In northern Victoria, most high-reliability water shares on the Murray are at 71% allocation.

The situation can therefore be managed using existing tools, such as providing direct financial support to farming communities and buying water on the water market.

Environmental water is an investment, not a luxury

As Australia’s First Nations have known for millennia, a healthy environment is not an optional extra. It underpins the sustainability and security of the water we depend on. When river flows decline, the water becomes too toxic to use.

Water has been allocated to the environment throughout the Murray-Darling Basin to prevent the catastrophic blue-green algal blooms and salinity problems we have experienced in the past. If we want safe, secure water supplies for people, livestock and crops, we need to keep these key river ecosystems alive and well during the drought.

In the past decade alone, Australia has spent A$13 billion of taxpayers’ money to bring water use in the Murray-Darling Basin back to sustainable levels. If we let our governments treat the environment like a “water bank” to spend when times get tough, this huge investment will have been wasted.