‘Genshin Impact’ update: When is Arataki Itto coming to the game 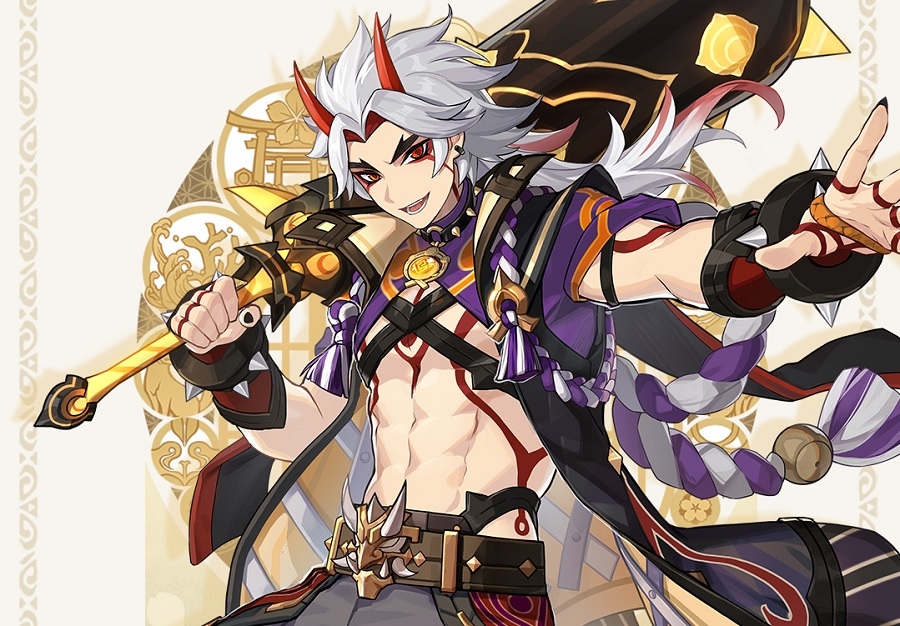 The latest major update to “Genshin Impact” was just released recently, but it is understandable if many fans are already looking forward to the game’s next version. Developer miHoYo unveiled a couple of upcoming characters, and Arataki Itto was apparently enough to excite the players.

Anyone who has been playing the game and paying attention to existing characters’ stories and dialogues might already be familiar with the name Arataki Itto. The Geo character was officially unveiled earlier this week after miHoYo released the first details about his lore, along with some teaser images.

Arataki quickly became the talk among “Genshin Impact” fans with many even calling him the game’s new “Geo daddy,” a moniker that was previously often used for Zhongli. Fans have been swooning over Arataki’s muscular built and appearance that reminds fans of other characters from popular anime shows.

The First and Greatest Head of the Arataki Gang

Fast as the wind and mighty as thunder, he is an intrepid man with Oni blood running through his veins.#GenshinImpact pic.twitter.com/YotIulzlYp

miHoYo reveals that Arataki is a native of Inazuma and is regarded as the “first and greatest head of Arataki Gang.” In a HoyoLab blog post, the developer describes Arataki as a cheerful and “intrepid man” with an Oni blood. Fans have yet to hear his voice, but miHoYo said it is one of his most noticeable features.

“His key traits would be his striking horns and piercing voice that never goes unnoticed,” the developer wrote about the upcoming “Genshin Impact” character. “He is an untamed soul who is wild and free, that even a person with the boldest imagination can be surprised by him.”

Meanwhile, one of the known stories of Arataki is his long-time one-sided feud with Kujou Sara. She previously defeated Arataki resulting in him losing his Vision. It is not entirely clear yet how Arataki managed to regain his Vision, a trait that is present in all Geo characters in “Genshin Impact.”

There are many things still unknown about Arataki, though, despite the obvious hype for his arrival in the game. miHoYo has yet to release all the details about his abilities. While many fans are already expecting him as one of the new playable characters in version 2.3, it will take a while before miHoYo unveils the next banners. Previous information from the developer suggests “Genshin Impact” 2.3 will not go live until Nov. 24.