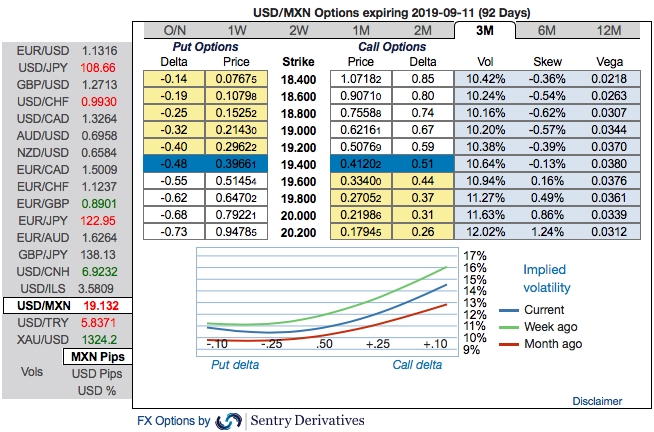 Reason for risk on? The US President Donald Trump did not introduce the tariffs he had threatened to impose on Mexican imports. So, is it going to be “happily ever after”? it is either prejudiced or the politics of this US administration have become exponentially more erratic. One moment we are moving towards protectionism and the next it is back in the other direction again. And this “agreement” with the Mexican government (on matters that have nothing, and truly nothing to do with trade relations) is more confusing than can be expected. On the screen, the US President is going on about “secret” concessions with the Mexican government, which the latter denies. In the end, nobody knows what the agreement is all about. And that devalues the agreement for the markets.

Consequently, USDMXN has returned to the levels at which it traded before Trump’s tariffs threats. That is justified as Mexico is no longer the US administration’s prime target of attacks. The problem for the FX market is this though: how to value the US currency itself in this new world in which the new imperial US foreign policy changes everything?

Of late, MXN seemed to be extending recovery threatening upper bound of the recent range.