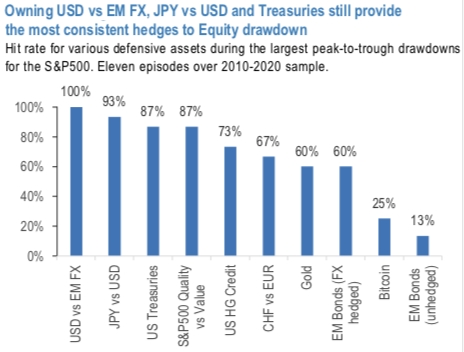 It is becoming really very tough to keep a check on the pandemic Covid-19 in some regions but one can easily make out that the market a little for being uncertain as we are heading into H2’2020 and as a result, showing more risk aversion again and again. Of course, some economic data has admittedly been positive, which is also likely to be the case with today’s US ADP index or tomorrow’s US labour market report for June. The apprehensive news are increasing and is tainting the emerging optimism and hence, wise hedging seems to be highly essential: there are many new partial lockdowns around the globe, central bankers such as Fed Chairman Jerome Powell seem concerned about the slow economic recovery (according to Powell the economic outlook was “extraordinarily uncertain”), the tensions between the US and China are rising again (just think Hong Kong), there is a lack of process in the Brexit process and as a result a clear risk of a no deal scenario at the end of the year, there is disagreement within the EU about the EUR750bn recovery plan but at the same time the expectations in the EU summit on 17thJuly are high. There is enough there to cause some uncertainty. And that is why the dollar is in demand with EUR-USD trading at the lower end of the 1.1170-1.1420 range.

Holding defensive currencies like JPY vs USD and USD vs EM has delivered in 90-100% of Equity drawdowns given the tendency of funding currencies to be bought back when macro/market volatility rise and carry trades are unwound (refer above chart). The Swiss franc rises less consistently (67% of episodes), perhaps because it is not so universally used as yen or US dollars as a funding vehicle.

The usefulness of FX hedges in future could depend largely on the existence of a large short base in JPY or USD, since a primary driver of these currencies' appreciation is a buyback of a funding source rather than a central bank response function. Gold's historical performance during Equity sell-offs (appreciation in about 60% of instances) has also been only moderately reliable, probably because no central bank can control its price directly or immediately (unlike the Fed's impact on USTs), nor is it a funding currency (so less supported by positioning unwinds during deleveragings). The bid for bullion comes on expectations that some investors might choose to transact in it eventually, due to loss of faith in all government-issued currencies. Holding baskets of Quality versus Value stocks within an equity index delivers consistent outperformance during sell-offs (87% success rate) but quite low average returns (less than 2% per episode, compared to 2.5% on USTs and 3-4% on some FX hedges).

Although the gamut of cryptocurrencies show some sort of resistance but many cryptos seemed unable to show defensive properties during periods of high equity market stress, having risen in only one-fourth of such periods.

The good news is that during this June’s market drawdown due to a pick-up in COVID-19 infections, all traditional hedges such as USTs, JPY vs USD, USD vs EM FX and Gold continue to deliver positive returns.

Hence, there is little reason to question a conventional strategy, with the caveat that returns on Treasury hedges are bounded the more rates decline towards zero. For those thinking beyond the conventional hedges because they see limited upside on Treasury returns, the two most interesting markets look US HG Credit and EM Local Bonds with an FX hedge, both due to recent changes in central bank behavior during crises. Courtesy: JPM & Commerzbank