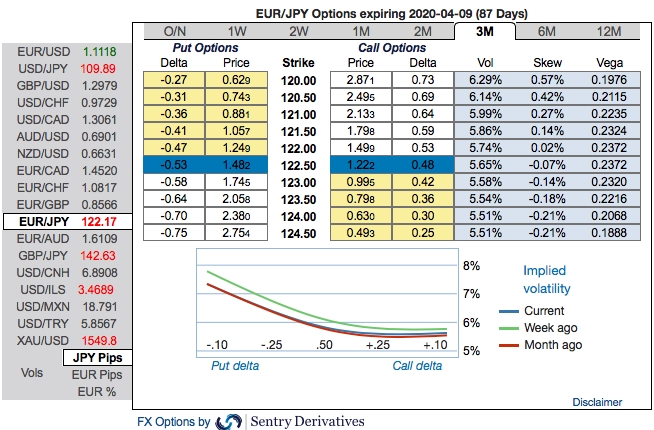 One reason for the Yen’s appreciation when entering a global recession is that investors with speculative JPY short positions face increased volatility and buy back JPY to close their short positions; we note that there was a rapid reduction in speculative Yen shorts leading into the start of the 2008-09 recession in particular, as market recession expectations were re-aligned.

From a fundamental point of view the market reaction is understandable. In particular the surprisingly low wage inflation in December shook the confidence of all those who had hoped that the "Phillips curve" (the idea that a strong labor market produces wage and overall inflation) might run more slowly during this economic cycle than is usually the case but would in principle still be reliable. If one abandons this hope one has to realize that the US is not an exception in a world that is largely (certainly in Europe and Japan) dominated by a distorted Phillips curve relation. This is exactly what is causing the central banks to pursue these extreme kinds of monetary policy that make the currencies concerned unattractive.

One might object at this juncture that the market is pricing in a rate cut for US monetary policy anyway, but not for the ECB.

OTC outlook: The positively skewed IVs of 3m tenors are signifying the hedging interests for the bearish risks (refer 1st exhibit). The bids for OTM puts expect that the underlying spot FX likely to show further dips so that OTM instruments would expire in-the-money (bids up to 120 levels).

Most importantly, to substantiate the above indications, we could see bearish neutral risk reversal (RR) set-up of EURJPY that indicates the long-term hedging sentiments across all tenors are still substantiating bearish risks amid minor abrupt upswings in the short-term (refer 2nd exhibit). Please be noted that 3m negative RRs suggest the overall OTC hedging sentiments for the further bearish risks. Hence, we advocate below hedging strategy contemplating the current OTC indications.

Short hedge: Alternatively, we advocated shorts in futures contracts of far-month tenors with a view to arresting potential dips, since further price dips are foreseen we would like to uphold the same strategy by rolling over these contracts for March month deliveries. Source: Sentry, Saxo & Commerzbank