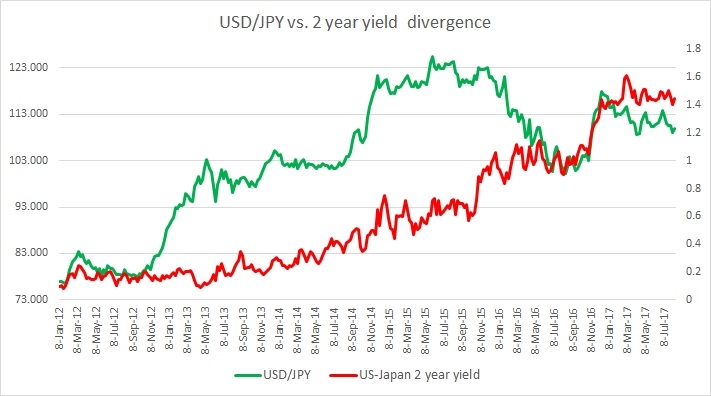 Since our last evaluation in July, both the spread and the exchanged rate have changed a by small amount. The spread narrowed by 6 basis points in favor of the yen and the yen has strengthened by 100 pips against the dollar. The spread is currently at 145 basis points (US-Japan) and the yen is at 109.9 per dollar.