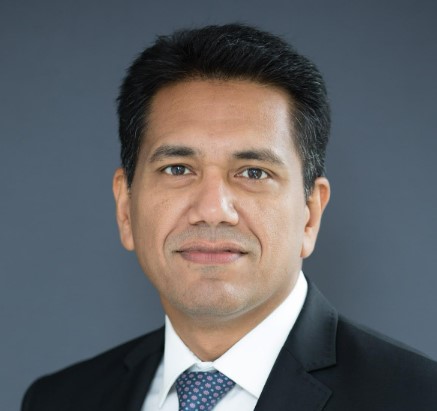 Africa and South Korea share strong diplomatic relationships with budding economic ties requiring a catalyst to bloom. There is much more work to be done to attract Korean investors to the region, which holds a wealth of untapped talent, technological innovation and Environmental, Social and Governance (ESG) friendly investment opportunities.

Unlike some of its neighbours, South Korea (hereafter Korea) has often shied away from investing in Africa, with 2020 figures showing that neither trade with nor foreign direct investments (FDI) in Africa exceed 1.5% of Korean totals.

Much of this has been down to the fact that Korean investors tend more towards risk-aversion in their decision-making compared with other countries, as well as their comparative lack of familiarity with the continent.

But with the OECD recently cutting Korea’s growth forecast to 2.7% in the wake of inflationary pressures, and the ongoing war between the Ukraine and Russia, Korea is in fact taking the biggest risk of all if it continues to miss out on the much broader economic opportunities that the African continent has to offer, particularly in the spaces of ESG and digital transformation. Home to many of the fastest growing emerging economies in the world, the African continent has in many ways had the unique chance to leapfrog the rigid centralised energy storage systems and legacy technology of yesteryear. Its comparatively little baggage allows it to pursue innovation freely, providing a positive economic outlook for the region amidst a global pandemic.

Recognising the potential for meaningful trade and investment growth between Africa and Korea, Absa CIB recently conducted a roadshow to Seoul and Busan to profile its banking services across Africa, but also to increase the awareness of Korean businesses, banks and business associations to the potential of Africa, and South Africa specifically.

So what is the current status of Korea’s relationship with Africa and how can we encourage investors to seize the opportunity?

Where we are now: mutual interest

Far from estranged, Korea and Africa share a surprisingly healthy relationship given – or perhaps because of – its nascency, as well as a shared colonial history.

The relationship was cemented in 2006 with the launch of the Korea-Africa Economic Cooperation (KOAFEC) initiative and the Year of Friendship with Africa, and mutual interest has grown ever since.

On Korea’s part, the Government has been instrumental in pushing for deepened trade and investment ties, initiating the Korea-Africa Foundation in 2018. In 2021, the African Development Bank, the Korean Minister of Economy and Finance and the Export-Import Bank of Korea signed an agreement, under which Korea will provide USD$600 million in co-financing for energy projects alongside the African Development Bank. Other agreements recently signed include the Korea-Africa Energy Investment Framework (KAEIF) which has a particular focus on renewable energy solutions in Africa, including generation, transmission, distribution, off-grid- and mini-grid, policy & regulatory reform, energy efficiency and clean cooking projects.

At the same time, a small but powerful subset of Korean companies have been forging their own path into Africa via the private sector, including Hyundai Motors, LG Electronics, Samsung and Posco Steel. Korean brands have become market leaders in their respective consumer segments, however the fixed direct investment opportunities are yet to be realised, particularly investment in local manufacturing capacity to take advantage of the African Continental Free Trade Area (AfCFTA). We are however starting to see the rise of Korean companies participating in infrastructure programmes across the continent, a megatrend bound to ignite further interest from Korean heavy equipment, infrastructure and contracting firms.

On Africa’s part, interest in Korean products and culture is booming. Tech giant Samsung has 35% of Africa’s smartphone market and is often named in the top 10 most popular brands by Brand Africa, alongside LG. Meanwhile, exports like K Pop and Squid Game have firmly established Korea in the cultural consciousness of many on the continent.

Yet while a happy level of mutual interest is clearly there, the benefits both are reaping currently from the relationship are limited. The majority of investment so far has been focused in a few key countries, and centred largely on Africa’s wealth of natural resources, namely oil, gas and minerals, as well as infrastructure projects. And while Korean brands like Samsung and LG are certainly well-represented among African consumers, if we look at their distribution, it is facilitated through local suppliers, meaning direct investment and contact is low, not reflecting the demand potential.

To improve awareness among Korean investors of the enormous and diversified opportunities in the African market, and help African businesses make contact with potential investors, we need a way of bridging the gap, which Absa CIB sees as an opportunity to help facilitate given its local expertise across Africa, and its international coverage and relationships with Korean companies.

For risk-averse Korean companies, investing in Africa can initially seem riskier than investing in the developed markets, or closer to home in South Asia. In fact, several of those countries who might currently be preferred rank worse than Africa on risk metrics like protection of property rights, and independence of the court. Some African Governments have long been in the process of reforming their economies and introducing incentives to attract both domestic and foreign investment, but the slow progress towards better governance, political and economic stability and the lack of global awareness has stunted their ability to profit from this.

Korean investors need to ensure they have the right partners on the ground in Africa who can use their local knowledge to guide them through the continent. This is where Absa CIB sees itself playing a developmental role in helping to facilitate trade and investment given the relationships it seeks to grow with Korean corporates and banking institutions.

Absa, as a leading African bank is emerging as a go-to banking partner for foreign companies looking to invest in Africa, providing the right gateways in, the necessary local banking infrastructure, insights into local economic and development trends, and useful information on relevant financial systems and laws.

By connecting more Korean investors with African companies, Absa is helping both meet their respective goals. For Korea, it‘s continued economic growth and a step towards graduation from emerging market status. For Africa, it is the necessary expertise combined with investment capital to see out their full potential, as well as to learn from the best practices of an economy potentially soon to make the rare transition from developing to developed. With a collaborative relationship centred on mutual understanding, both economies will see rapid growth in the next decade.