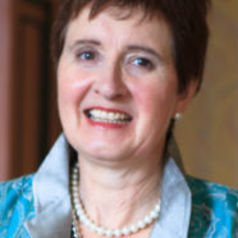 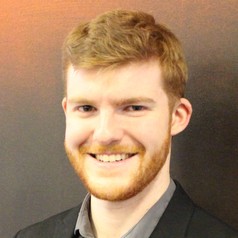 Freedom of speech in universities is currently a major source of debate in the UK. Some parts of the media accuse students of being “snowflakes” who melt at controversy and want to shut down speech they disagree with. Other commentators portray students as being in danger of being radicalised, particularly when universities host speakers with “extremist” views on campus.

But our ongoing research is showing that fear of controversy is posing a growing risk to free, fair and open discussions on campus.

We’ve been investigating the ways in which the Charity Commission of England and Wales interacts with students’ unions in England, most of which are charities and so are subject to charity law. Since 2015, the Commission has shown a particular interest in students’ unions.

Since coming under the Charity Commission’s direct regulation in 2010, students’ unions have had to pay closer attention to their duties as charities. Students’ union officers, as charity trustees, are expected to avoid activities that risk damaging the charity’s reputation. As charities, students’ unions must be politically neutral. They can only devote resources to, and campaign on, issues which further their charitable objectives – such as advancing the education of students. According to Charity Commission guidance, which is currently under review, they could give funds to campaigns for “better street lighting near campus”, but not to campaigns supporting “industrial disputes” or “the treatment of political prisoners in a foreign country”.

Some of the chief executives of students’ unions and union officers whom we interviewed told us they struggle with a tension between their roles as democratic representatives and trustees. As elected officers, they wanted to make political statements or actions they knew were supported by the student body, but felt they couldn’t do so under their charity responsibilities. This was even more of an issue for unions with a reputation for being particularly politically active.

Most of our interviewees thought of the Charity Commission as a light-touch regulator. Some, however, were concerned about its focus on extremism on campus, particularly in relation to Islamic Societies and Muslim speakers.

Under the Counter-Terrorism and Security Act 2015, universities must give due regard to the need to prevent people from being drawn into terrorism. Government guidance to universities on this “Prevent” duty expects them to assess the risk that external speakers are likely to express “extremist” views that lead to terrorism. This duty applies to university governing bodies, not to students’ unions themselves.

Through analysis of the correspondence between the commission and students’ unions, however, we’ve found that the commission is not only worried about external speakers who might fall into the government’s definition of extremism – “Vocal or active opposition to fundamental British values”. It’s also worried by external speakers who it more broadly describes as having “controversial”, though legal, views.

The commission may investigate a students’ union in response to media allegations about an external speaker’s views or past statements. We found that, regardless of whether or not the allegations can be corroborated beyond the media reports, the Commission might expect the union trustees to explain why they thought that hosting the “controversial” speaker would fulfil the union’s charitable objectives and promote the public benefit – another requirement upon charities.

The regulatory shift in language from “extreme” to “controversial” is worrying, particularly as the concept of “controversy” is even more ambiguous than that of “extremism”. Regardless of its intention, the commission’s language may encourage students’ unions with more cautious leaders to avoid speakers based only on whether they may be perceived to be controversial, or whether they have faced negative media allegations in the past – even if there is no evidence they have ever broken the law.

It’s also worrying if students’ unions are expected to conform to the Charity Commission’s apparently narrow understanding of what is beneficial for the public. Universities contribute to society by advancing debate, challenging orthodoxies and exposing bad ideas to public scrutiny. Students don’t need protection from odious views, but need to gain confidence and experience in tackling them.

We are not alone in our concerns. In March 2018, MPs on the Joint Committee on Human Rights (JCHR) – to which we gave evidence – conducted an inquiry into freedom of speech on campus. It concluded, rightly, that student activity does sometimes have a “chilling effect” on speech but “is not a pervasive problem”. But it also warned that non-student regulatory pressures like those of the Charity Commission can have an impact on freedom of speech, too.

The Charity Commission has said that it will review its own guidance for students’ unions and has clarified that unions “can invite speakers who may have controversial views” to take part in debates. This is a good response to the JCHR report and to our research. But the commission also needs to ensure that its language and approach when engaging with students’ unions doesn’t push them to be needlessly risk averse. This will undermine universities’ ability to be places of open, provocative debate where the parameters of free speech can be properly negotiated.