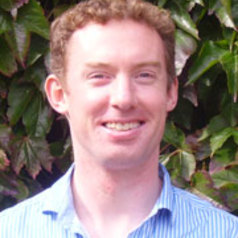 As the end of the 2018-19 football season approaches, a match between Amiens and Strasbourg in France’s Ligue 1 would normally attract little attention. However, Sunday’s game has already created headlines as Stéphanie Frappart will become the first ever woman to act as a main referee in the top tier of French men’s football.

Initially, this appointment could be seen as a symbol of progress and inclusion. But the French Football Federation (FFF) announced that Frappart had been appointed as the main official for the Amiens-Strasbourg match in order to “prepare her for World Cup conditions” ahead of the 2019 Women’s World Cup in France.

The FFF’s explanation seems somewhat begrudging as it makes no reference to Frappart’s experience or talent as a match official. It arguably presents her nomination as a means to an end rather than a logical next step for someone who has officiated in Ligue 2 since 2014. Indeed, Frappart has also been a fourth official or video assistant referee in Ligue 1 several times.

Whether Frappart will establish herself as a leading referee within men’s football in France is uncertain. Pascal Garibian, technical director for refereeing in France, has said it is “still too early to say” if she will become a regular main referee in Ligue 1. In addition, it is unclear if she will referee any more top division matches this season.

It is also worth questioning to what extent officiating at Amiens-Strasbourg constitutes good preparation for this summer’s Women’s World Cup. Amiens’ home stadium can welcome 12,000 spectators, 8,000 fewer than the smallest 2019 Women’s World Cup venue. Seven of France’s nine World Cup stadiums have more than double the capacity of Amiens’ Stade de la Licorne. And Amiens has the third lowest average attendance of Ligue 1 teams during the current season.

Frappart becoming the first woman to referee a match in Ligue 1 is significant, but also somewhat paradoxical. In fact, it highlights the lack of career progression enjoyed by female officials within French men’s football – and across Europe, too.

In September 2017, Bibiana Steinhaus became the first female referee in a European main men’s football league (in Germany’s Bundesliga). But while Frappart’s appointment will see Ligue 1 become the second major European men’s league in which a woman has taken charge of a game, it has taken some time to get here.

Regrettably, it seems that the FFF has taken the sheen off a notable first. A request from FIFA that its member associations help match officials to “prepare in the best conditions possible” for the 2019 Women’s World Cup seems the main reason Frappart will officiate this Sunday. It is somewhat unusual for someone not selected as a top division referee at the start of the season to officiate in Ligue 1. In Germany, Bibiana Steinhaus had been listed as one of the top division referees prior to the 2017-18 season.

As a referee in Ligue 2, Frappart has at times encountered sexist attitudes. When coach of Valenciennes in 2015, David Le Frapper said that “when a woman referees in a man’s sport, things are complicated” following a match Frappart refereed. Such comments are reminiscent of Sky presenters Richard Keys and Andy Gray’s reaction to Sian Massey-Ellis’ presence as assistant referee at an English Premier League match in 2011, when they suggested that female officials “don’t know the offside rule”.

During the last decade, the FFF has provoked controversy when seeking to encourage more women to get involved in football. In 2010, they sought to boost the profile of women’s football in France via a campaign featuring Adrianna Karembeu. Several posters were based on obvious gender stereotypes.

One featured an image of female footballers in a changing room and the slogan “For once you won’t scream when seeing another girl wearing the same outfit”. The FFF had previously promoted women’s football via an image of three leading players posing naked alongside the question “Is this what we have to do for you to come to see us play?”

Nelly Viennot’s presence as the first female assistant referee in Ligue 1 did not herald the arrival of many more female officials in French men’s football. Stéphanie Frappart is still the only woman to have been the main referee in Ligue 2. It is unclear to what extent attitudes to female referees in French men’s football are evolving. It may well be several years before we realise the real impact of Frappart’s appointment as referee for the match between Amiens and Strasbourg.