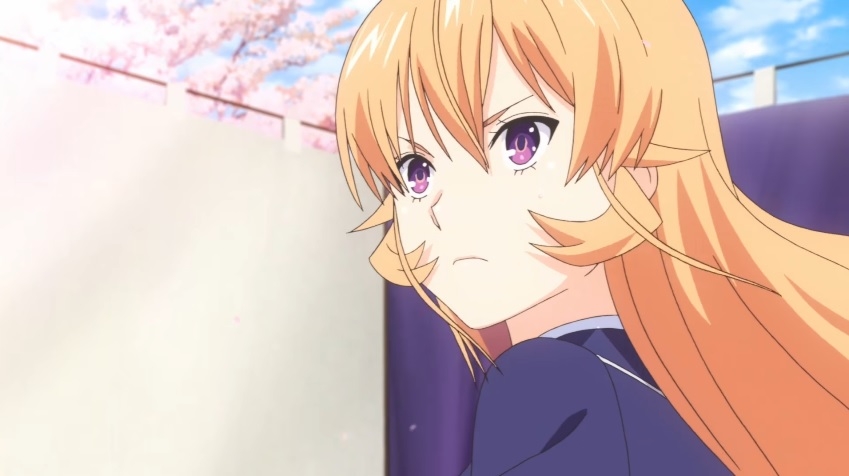 It is already quite clear at this point in the series that Erina Nakiri is as important as Soma Yukihira is in the overall plot. That will be further proven in “Food Wars” season 5 as the main premise of the final major story arc is focused on Erina and her dysfunctional family.

The God Tongue will finally be reunited with her mother in “Food Wars” season 5. However, if there is anything fans learned from the arrival of Erina’s father, Azami Nakiri, it is that Nakiri family reunions are not heartwarming moments.

‘Food Wars’ season 5 major spoilers: Who is Erina’s mother, and how are they going to be reunited?

The fourth season of the anime series had the perfect ending and concluded exactly at the final moments of the Promotion Exams arc. After winning the team shokugeki to remove the Azami administration in power, Erina is now the new director of the Totsuki Culinary Academy while Soma is given the Elite Ten Council’s First Seat. But the happy days will be over soon as the Fourth Plate finale already introduced the main villain in “Food Wars” season 5.

Erina is going to fight other battles, though, aside from the new enemy in “Food Wars” season 5. There are three remaining story arcs from the manga to be covered in Fifth Plate, with the last one being the BLUE arc. It is named after the Bishoku Leading Under-35 Entrance, a global competition for young chefs that will be joined by the best of Totsuki.

The start of BLUE also leads to the said family reunion as it will be revealed that Erina’s mother, Mana Nakiri, is currently the WGO Bookmaster. That means she has total control over who fights whom in BLUE. As mentioned, Mana and Erina’s meeting will not be a happy one. Mana turns out to have the God Tongue as well. But it has led her to great levels of frustrations, and no dish can ever satisfy her anymore, driving her to the extreme decision of rejecting food altogether and get nutrition only through IV injections.

Seeing Mana in this state will shatter Erina in “Food Wars” season 5, making the troubles that come with Asahi Saiba less of her concern. Erina wants to save her mother by coming up with a dish that will convince her to love food again and food great enough to win BLUE, too.

“Food Wars” season 5 has been announced shortly before the finale of Fourth Plate. It is now confirmed to premiere in April, while the official episode count remains unknown. But considering the number of manga chapters left to be animated, it is very likely for the Fifth Plate to only have a one-cour run that could have the same number of episodes as season 4.