Five political leaders to watch in 2017

The opportunity for emerging political figures to make their mark is considerable. The Conversation 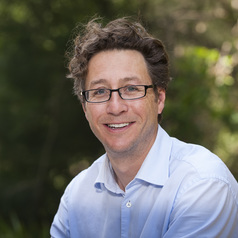 The world is in fluid political times, and the opportunity for emerging figures to make their mark is considerable.

Here are five political leaders from around the world who are emerging as significant talents and possible contenders for influence in 2017 and beyond.

Front National (FN) leader Marine Le Pen has been in the national eye for most of her life. She began campaigning with her father, Jean-Marie Le Pen, the party’s fiery former leader, at age 13.

For much of its existence, FN has been associated with neo-Nazism, anti-Semitism and Holocaust denial, and struggled to speak to a genuinely national audience. But recently it has become a significant force in national politics. It has capitalised on France and Europe’s economic malaise and growing anti-immigration sentiment.

Since taking over the party leadership in 2011, Marine Le Pen has sought to make FN a credible political force while retaining its deeply nationalistic and socially conservative core. Her aim was to take FN into the political mainstream by shearing it of its more outrageous policies and rhetoric. The most potent symbol of this was the expulsion of her father from FN in 2015 following offensive remarks about the Holocaust.

FN won more than 6.8 million votes in the 2015 regional elections, vindicating her belief that it is no longer a fringe party. The combination of nationalism, anti-immigration, anti-EU sentiment and scepticism about economic liberalism seems tailor-made for the times. Renho, as she is known, is the leader of Japan’s largest opposition party, the Democratic Party of Japan (DPJ). She is the first woman to hold that office, and is notable also for her mixed parentage: her father is Taiwanese while her mother is Japanese.

Prior to entering politics in 2004 she was a journalist, coming to prominence as the news anchor for one of the major broadcasters.

She was elected leader of the DPJ in September 2016 and has a considerable challenge in front of her. Although Japan has been an electoral democracy since 1947, the conservative Liberal Democratic Party (LDP) has had a virtual monopoly on government. In the current LDP leader, Shinzo Abe, she faces one of the strongest and most effective political leaders in post-war Japanese history.

For some, Renho is the face of a changing Japan. Her mixed parentage – still a rarity in the country – and gender give her distinct electoral appeal. Others see in her difference a weakness on which conservatives can seize to stymie DPJ ambitions.

There was considerable criticism relating to her nationality in the lead-up to her election in September, which gives a sense of the potential volatility of the issue.

In more concrete terms, the DPJ continues to lack a unifying policy vision or ideological purpose beyond the desire to push the LDP from government. Renho’s challenge in 2017 is to develop a coherent policy platform that can unify the DPJ, and which can be used to contest the LDP’s electoral dominance.

Given Abe’s ongoing problems with economic reform and his ambitions for controversial constitutional change, she has much with which to work. Often compared to Barack Obama due to his charismatic presence and oratorical skills, Maimane is the first black South African to lead the Democratic Alliance (DA), the major opposition party.

The 36-year-old has led the DA since May 2015. The election of a young man born in Soweto demonstrated not only that the party had broadened its base beyond its traditional constituency of liberal white South Africans, but that it was a political force to serve the interests of South Africa as a whole.

Maimane’s central political message is to deliver on a post-racial vision of South Africa. As yet it is not clear whether this will have enough resonance in a country that, in more than two decades since apartheid’s demise, has grown sceptical about that vision’s reality.

Since coming to power in 1994, the African National Congress (ANC) has been the dominant force in South African politics. Under President Jacob Zuma, however, its popularity has declined precipitously. Corruption appears to have become endemic, the economy has stalled – South Africa is no longer Africa’s largest economy – and inequality has increased.

Under Maimane the DA had its best-ever result in the August 2016 municipal elections. It significantly increased its share of the vote, directly at the expense of the ANC.

In 2017, Maimane must consolidate that advantage as the DA positions itself to challenge for national power in the 2019 national elections. In hindsight it was obvious. Hillary Clinton was a weak candidate whose establishment credentials alongside her decades in the public limelight added further baggage. These problems were not offset by a cautious and dull pick for her running mate.

One name overlooked for the role was the junior senator from New Jersey, Cory Booker. But his is one of the first names people mention as possible Democratic contenders to take on Donald Trump in 2020.

Booker began political life as a Newark City councillor in 1998 and became mayor in 2006. He was elected to the US Senate in 2013 to fill a vacancy, then won the ordinary election in November 2014.

Politically, Booker represents the Democratic Party’s pragmatic centre. He is animated by social issues but capable of working effectively both with Republicans and big business.

Beyond his ability to mobilise African-American voters, Booker also has the capacity to bring together progressive and more centrist tendencies in the US electorate. Given the tenor of the incoming Trump administration, this will put him in good stead for any potential 2020 bid. It may appear odd to identify as a person to watch in 2017 a political figure who came to prominence on the back of the losing campaign in the 2014 Scottish referendum. But Scottish First Minister Nicola Sturgeon is one of Britain’s most capable and strongly supported political leaders.

More importantly, the June 2016 Brexit vote undermined one of the crucial reasons Scotland chose to remain in Britain, and has dealt Sturgeon an interesting and potentially advantageous hand.

Like many left-of-centre British politicians she was politicised by the Thatcher government, joining the Scottish National Party (SNP) in 1986, aged 16. She entered the Scottish parliament in 1999, following its establishment. As deputy leader she played a prominent and effective role before succeeding Alex Salmond in the top job in November 2014.

The 2015 UK general election confirmed her place as a leading figure in British politics. Her strong performance in the televised election debates boosted her national profile. Success at the ballot box confirmed her instincts as leader: the SNP trounced Labour, traditionally the dominant force in Scotland, winning 56 of 59 Scottish seats.

The SNP’s nationalist focus, its scepticism about unfettered globalisation and its strong social welfare programs give it a useful platform in the current political climate. Scottish independence remains an emotive force for political mobilisation.

Sturgeon’s challenge in 2017 and beyond is to capitalise on this, while convincing the British parliament to allow a second referendum vote and getting the EU to accept an independent Scotland. No small task.

Nick Bisley is a member of the Australian Institute of International Affair's national executive. AIIA receives funding from the Commonwealth Government.