From South India to Trump’s election: the happy marriage of stardom and politics 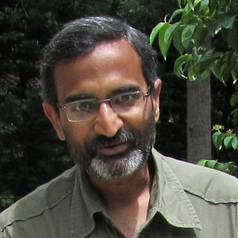 For many in India, Donald Trump’s election victory in the United States wasn’t surreal as much as an uncanny replay of familiar stories, especially for those accustomed to the saga and careers of south India’s film-star politicians.

The issue is fresh in our minds following the recent death of Jayalalithaa Jayaram, the last of the three great actor-turned-politicians of south India.

Jayaram was the chief minister of Tamil Nadu, a state where film personalities have dominated politics since 1967. That was the year former actor Ronald Reagan became the governor of California. Since then, no less than five chief ministers of Tamil Nadu have had a film industry connection.

Jayalalithaa Jayaram in the movie Naan, 1967.

In the neighbouring state of Andhra Pradesh, the party established by film star Nandamuri Taraka Rama Rao (N.T. Rama Rao or NTR) has been in and out of power since 1983.

NTR openly admitted that he drew inspiration from the success of Tamil actor-politician Marudur Gopalan Ramachandran (better known as MGR), who was elected chief minister in 1977.

Anthropologist Francis Cody has said, with reference to the star politicians of Tamil Nadu, that “the image, which was once a vehicle of political publicity, has replaced conventional politics in importance”.

We can use the phrase “mediatisation of politics” to describe the larger phenomenon of celebrities taking political office. And it goes far beyond traditional ideas about media images and gullible masses who can’t tell the difference between fact and fiction.

Mediatisation is not about political personalities “looking good” in the media, although that too is important and has been so for over half a century. John F Kennedy’s television presence is said to be among the reasons he won the closely fought election against Richard Nixon in 1960.

This does not mean beautiful people inevitably win elections. Or, in today’s context, that Twitter and fake news can make a candidate look bad enough to lose an election. After all, we live in times when we don’t really believe the media.

There has been a marked shift by film star politicians of south India – anticipated as early as the 1970s – away from looking presentable and, following the classic propaganda model, using print or audio-visual materials to gain the upper hand.

In their different ways, the three actor chief ministers of south India forged new forms of campaigning and governing. Their methods were, above all, performative, and their communication style was exaggerated and theatrical rather than dry and political.

The first political speech by NTR in 1982.

Today, there is no doubt that this is very effective political communication. And it is predicated on the power of gesture and symbolic actions.

In a spectacle, argues Roland Barthes, “what matters is not what [the public] thinks but what it sees.” And what the public sees are signs, he writes, “endowed with an absolute clarity, since one must always understand everything on the spot.”

What did voters see in Trump’s over-the-top campaign? An article in The New York Times, observes, “Much of the white working class decided that Mr Trump could be a jerk … They supported the jerk they thought was more on their side — that is, on the issues that most concerned them.”

What mattered in November 2016 was that sections of the US electorate saw Trump making the right gestures, heard him make the right noises.

What Trump’s hand gestures say about him, BBC, August 2016.

Barthes, by the way, was writing about wrestling rather than reality television or political campaigns. Nevertheless, the resemblance between all three are unmistakable and Trump had been associated with all these forms of spectacle even before he kick-started his successful campaign.

Traceable to the expansion of markets for media commodities, this special feature of politics that has now occupied the centre-stage of election campaigns in different parts of the world has leaders constantly performing their defiance, anger, or hurt on behalf of a constituency.

Or rather, constituencies are formed partly in response to leaders’ excessive, even laughable performances.

This in itself is not a sign of right-wing ideologies taking over the world, as journalists and academics have argued, pointing to the rise of bigoted leaders in Europe and elsewhere. Although these labels do capture strands of Trump’s campaign, they paint all politicians who have mastered the performative idiom with the same brush.

A notable characteristic of the Trump campaign was its lack of substantial political content. This was not just because it was bigotry plain and simple but also because it was powered by his performance. And no one can deny that he put up quite a show in his rallies, on television and Twitter – rather than a program of action.

The now-deceased star politicians of south India were populists too and early pioneers of content-light, mediatised campaigns, which had a sound “political logic”, to borrow Ernesto Laclau’s description of populism. Laclau argues that the populist need not be committed to any particular ideology. She or he need not even be consistently left, right or centre of anything.

In Trump, we have a textbook example of such leadership: in the past decade he has been – serially – a Democrat, a Reform Party member (and a presidential candidate of this party to boot), an independent and a Republican. Such was his faith in the power of his own performance (and lack of faith in the party system) that even in early 2016, he threatened to run as an independent.

What matters in campaigns of this kind is the mediatised act; it is staged, and communicates through gesture. Opinions can always be expressed, changed and recanted.

Trump’s lack of commitment to a concrete program is already the stuff of legend. During the 2016 campaign, the electorate was apparently subjected to no less than “141 distinct stances on 23 major issues during his bid for the White House.” Herein lies an(other) uncanny resemblance between Trump and a south Indian film-star politician.

In March 1982, the actor NT Rama Rao — who had no political background but who had starred in roughly 300 films — announced his decision to enter politics. One of his biographers, M.D. Narayana, suggests that he had no idea what his agenda was going to be. Apparently, he even came up with a name for his party on the spot when quizzed by reporters during his first press conference. His famous populist promises came months after his campaign proved to be a success with the masses.

Perhaps he would have won that election even if he had not released a manifesto. As Amit Shah, president of the Bharatiya Janata Party (BJP), which heads the ruling coalition in India, reminded us in early 2015, “election promises are rhetorical expressions (jumla) anyway”.

No doubt Donald Trump would agree. And surely, he may be forgiven if the Mexican wall is not built and Hillary Clinton does not go to jail. Or, for that matter, there’s no cracking of the whip on Indian software companies and Chinese manufacturers. At least he made the right gestures to sections of the electorate.

What then, can we expect from a leader without a clearly defined program, especially one who rose to power independently of party structures?

The three south Indian star chief ministers proved to be authoritarian and their governments had uniformly poor human rights records. At the same time, they came to be associated with populist measures, often with more symbolic than economic value.

In India today, performer-politicians are neither limited to south India nor are they always former celebrities. As for Donald Trump, the early signs are anything but encouraging. But let’s keep our fingers crossed.

S.V Srinivas receives funding from the Azim Premji University to carry out his research.