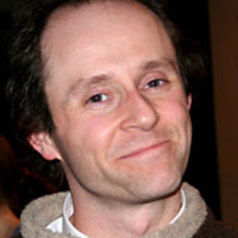 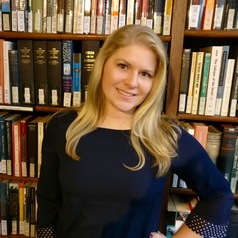 The 14th century saw the arrival of an abundance of new styles of dress and footwear in Europe, coming in a wide range of fabrics and colours. Among these new fashion trends were “poulaines” – rather eccentric-looking medieval shoes with a lengthy pointed tip.

The archaeological and the historical record suggests that this new fashion item was widely adopted by England’s medieval society and that, by the late 14th century, almost every type of shoe was at least slightly pointed, even in children. Shoe pointiness would eventually became so extreme that in 1463 King Edward IV passed a law limiting toe-point length to less than two inches within London.

The adoption of this latest flavour of footwear was not without its risks. Our research, conducted on medieval human skeletal remains from Cambridge in England, shows that hallux valgus of the big toe – commonly know as bunions – was surprisingly widespread at the time.

Seeing as modern clinical research has shown that the development of bunions is often linked to wearing tight, ill-fitting footwear, our study suggests that people in late medieval England paid a high price for footwear fashion – in bunions and broken bones.

A build-up of bunions

A bunion is a minor deformity of the big toe. It angles the toe outward from the foot, with a bony protrusion forming at its base. By far the most common contemporary cause of bunions is constrictive boots and shoes – with high heels often blamed for today’s bunions.

It seems that shoes contributed to bunions many centuries ago too. Of the 177 individual skeletal remains we examined in our study, at least 18% had bunions. But when we dated the skeletons, we found that only 6% of people who’d been buried between the 11th and 13th centuries – long before the pointed shoe was in vogue – had suffered from bunions.

However, 27% of those buried at the height of the pointy-shoe fad (in the 14th and 15th century) had been hobbled by longstanding hallux valgus. It seems clear that the increasing pointiness of shoes unleashed a plague of bunions across medieval society.

A further fascinating discovery was that hallux valgus was not equally common in all sections of society. Our evidence suggests it was most common in the Augustinian friars and those wealthy inhabitants of the town who could afford to buy a plot in the friary cemetery when they died.

It was less common in poor inhabitants of the town, and least common in a nearby rural farming population. This would suggest that those with plenty of money could afford the fashionable pointed shoes that deformed their feet, while the poor, who wore round-toed shoes or went barefoot, were mostly protected from developing bunions.

Medieval records show how the church in Rome was unimpressed by monks and friars in spending money on fashionable shoes, gloves, hats and belts and repeatedly ordered them to dress simply. However, study of the feet of the Augustinian friars in Cambridge shows they ignored the requests from Rome when it came to matters of the sole.

Far from being a mild inconvenience, our study also found that individuals who’d suffered from bunions and were over the age of 45 were significantly more likely to fracture a bone as the result of a fall than were other adults of the same age who didn’t have hallux valgus.

This is explained by the important role the big toe has in maintaining upper body stability. When the big toe is laterally deviated (a characteristic of bunions) balance and stability while walking can be negatively affected. These findings are consistent with today’s clinical research, which shows that hallux valgus is an independent risk factor for falls, especially in older adults. 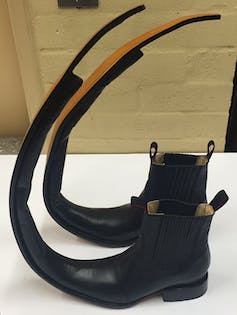 Decades after their resurgence as the rock-and-roll era’s winklepickers, it appears that pointy-toed shoes are once again back à la mode. In 2015, the Japanese fashion label Comme des Garçons introduced a spectacular, elongated shoe at Paris Fashion Week, heralding another spike in the sales of pointy shoes.

But if the feet of medieval monks are anything to go by, the wearers of today’s pointy shoes should perhaps approach the footwear with caution. It appears that bunions had a negative impact on medieval people’s mobility and balance, increasing their risk of falls and broken bones. The same may well be true for today’s proponents of the pointy shoe.

FxWirePro: GBP/NZD force is with bears as the pair hits lowest since 29th Sep