Price of gold rising as wedding season comes into focus

Best Data Room For Your Startup

Are Crypto Better Than Stocks?

Is Australia’s level of media ownership concentration one of the highest in the world? 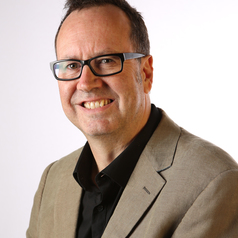 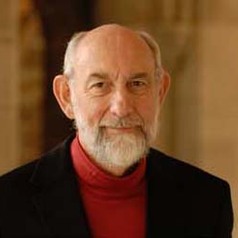 Australia’s level of media ownership concentration is already one of the highest in the world. – Shadow minister for communications, Michelle Rowland, press release, November 8, 2016.

The government’s Broadcasting Legislation Amendment (Media Reform) Bill 2016 proposes cutting a rule that stops commercial TV networks from broadcasting to more than 75% of Australians. The House of Representatives passed the bill, which will now go to the Senate.

Labor has said it supports repealing the 75% reach rule but opposes changing the “two-out-of-three rule”, which prevents companies from holding a controlling interest in more than two firms that operate television broadcasting, radio broadcasting or newspaper publishing in the same region.

Labor’s shadow minister for communications, Michelle Rowland, said repealing the two-out-of-three rule would reduce “the diversity of voices across the media landscape”.

She said Australia’s level of media ownership concentration is already one of the highest in the world.

When asked for a source to support her assertion, a spokesman for Michelle Rowland sent The Conversation a detailed response drawing from a wide range of sources, including the 2012 Finkelstein inquiry into media and media regulation. That inquiry’s report noted that:

Australia’s newspaper industry is among the most concentrated in the developed world.

You can read the full response here.

Rowland’s assertion that Australia’s media ownership concentration is among the highest in the world is well supported by a range of credible sources, some of which will be expanded upon below.

As this infographic from the Australian Communications and Media Authority shows, a handful of corporations and interconnected family interests control much of Australia’s media: Newspaper ownership in Australia is particularly concentrated. The Australian section of the University of Oxford’s Reuters Institute Digital News Report 2016, which covers 26 countries, said that:

Australia has a high concentration of traditional media ownership dominated by News Corporation and Fairfax Media who together own the majority of national and capital city newspapers.

The industry’s four largest players, News Australia, Fairfax Media, Seven West Media and APN News and Media, are estimated to account for over 90% of industry revenue in 2015-16. The Australian media landscape is one of the most concentrated in the world. An extremely small number of firms, most notably News Australia and Fairfax Media, publish content that reaches the large majority of Australians.

New Zealand researchers told a New Zealand commission considering a proposed merger between NZME Limited and Fairfax NZ that only five countries have one owner with more than 50% ownership of the daily newspaper market, and that Australia was one of them: In the the 2014 book Companion to the Australian Media, I wrote that News Corp Australia, Fairfax Media and APN News and Media together hold the vast majority of the sector. By contrast, people in the US can choose from a broader range of media controlled by a bigger pool of firms. The UK market, criticised by media reform activists for its level of concentration, is also less concentrated than Australia’s.

It is important to distinguish between media ownership and circulation, a problem former prime minister Kevin Rudd ran into when he incorrectly said in 2013 that Rupert Murdoch owns 70% of the newspapers in Australia. In fact, he was closer to the mark on the circulation of News Corp Australia’s capital city and daily newspaper titles.

A steady decline in newspaper titles since 1900

As IBISWorld noted in 2016, there are now ten metropolitan or state-wide newspapers are published in Australia. News Australia and Fairfax Media own these newspapers, with the exception of The West Australian, which is owned by Seven West Media.

In 2015, News Corporation took a 14.99% stake in APN News and Media – a nominal .01% below the point that it’s deemed to be a “controlling interest” under Australia’s media ownership laws. This further increased News Corp’s print media ownership.

The industry displays a high market share concentration … Australian media and broadcasting industries are highly concentrated in comparison with the rest of the world.

The report said that the four largest players in the local free-to-air TV industry, Seven West Media, Nine Entertainment, Ten Network Holdings and the Australian Broadcasting Corporation, are estimated to account for more than 70% of total revenue (including both advertising and government funding) in 2015-16. The other significant players are SBS and commercial network affiliates Prime Media, WIN Corporation and Southern Cross Media, the report said.

Another IBISWorld report on the Australian radio industry said in 2016 that:

The radio broadcasting industry is highly concentrated. In 2016-17, the industry’s four largest players – Southern Cross Media, the ABC, APN News and Media and Nova Entertainment - are expected to account for 70.9% of industry revenue.

Back in 2011, the Centre for Policy Development reported that Australians regularly look at 12 websites that could be classified as “news based”, saying that:

… of these 12 websites, eight are owned by News Limited or Fairfax, with the rest owned by the ABC, BBC (British Broadcasting Corporation), PBL media and Microsoft.

Where did Australians seek their online news in 2011? Centre for Policy Development report -- Media Ownership and Regulation in Australia

While those websites remain important, new sites have entered the market in recent years – and no outlet can safely assume readers will go to their homepage to read the news. Instead, as the Digital News Report 2016 showed, many Australians are turning to social networks such as Facebook or search engines like Google first to find out the latest news. News Corp owns controlling stakes in Foxtel – which has a monopoly in the pay TV market – and Sky News, which is carried by Foxtel.

Both companies have extended their operations to the web, with all of their city, suburban and rural titles offering online versions.

Michelle Rowland was correct. A number of reputable sources show that the concentration of media ownership in Australia is one of the highest in the world. – Tim Dwyer.

This FactCheck author has produced an accurate, fair and impartial account of the facts on this matter. It follows that the verdict is correct. This assessment applies both to the absolute degree of media concentration in Australia and to the comparison with the rest of the world. – Denis Muller.

Tim Dwyer receives funding from the Australian Research Council for a project about sharing news online.