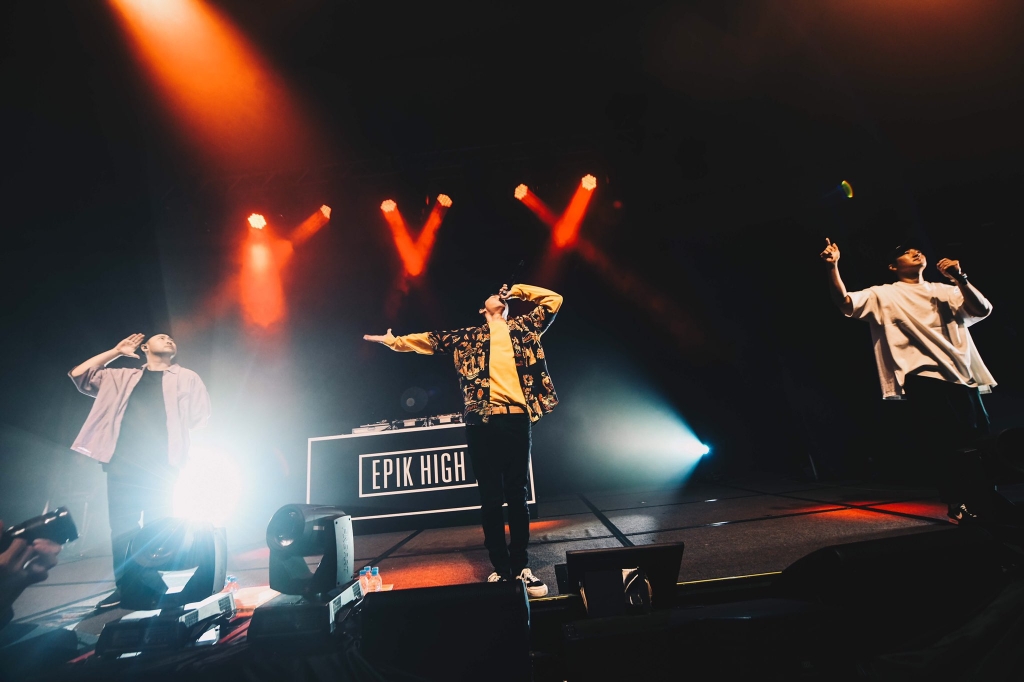 After more than a year since their last release, hip-hop trio Epik High is set to release new music. Lining up with the upcoming comebacks from other idols and groups to start off 2021, the veteran group has announced the release date of their upcoming full-length album.

Tablo shared a video on both Instagram and Twitter, revealing details about Epik High’s upcoming release. Their 10th full-length album is titled “Epik High is Here” and is a double-album release, the first part coming out on January 18, 2021, at 6 p.m. KST. The first part is revealed to have 10 tracks.

This new album comes more than a year since their last full-length release, their ninth album titled “sleepless in ______” with the title track “LOVEDRUNK” back in March 2019. The group also won in the Best Rap/Hip-Hop category of the 2019 Melon Music Awards. Epik High also had their European and North American tour in the same year. For their small theater concert in Korea titled “Now Playing Concert 2019,” the group recreated famous movies and dramas in their posters such as “Sky Castle,” “A Werewolf Boy,” “Extreme Job,” “Sympathy for Lady Vengeance,” “Intimate Strangers,” and “The Man from Nowhere.”

Epik High was set to perform in Coachella in April this year alongside BIGBANG, but the event was later postponed to October until it was canceled entirely due to the ongoing COVID-19 pandemic. The group most recently held their online Halloween show called “Memory Theater” and a vlog series with the same name as their upcoming album on their Youtube channel. The members have since taken on individual activities, with Tablo having participated in co-writing CL’s “5 STAR” single when she made her return. Tablo also co-wrote the lyrics of Crush’s “OHIO” and has his own podcast, “The Tablo Podcast,” where he talks about his mental health journey with professionals, his take on work-life balance, among many other topics.

The group also shares playlists for bedtime, for stormy days, movie nights, morning coffee, staying strong, among many other moods on their official Youtube channel that currently has over 660,000 subscribers.