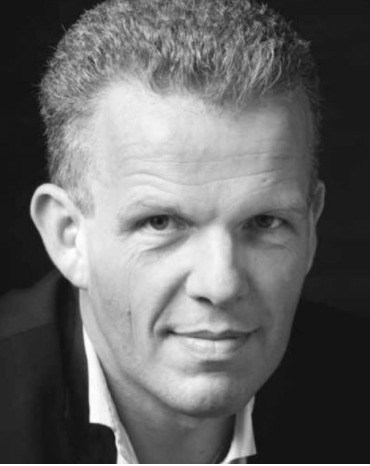 The case for investing in the Africa is stronger than ever, and not just in spite of the global economic slowdown caused by the pandemic, but because of it. Due to its increasing regional integration, improving relative regional risk profiles, and strong economic fundamentals, Africa will remain a competitive investment destination for decades to come.

Specifically, the energy sector will be crucial for the continent’s post-pandemic economic recovery and will be one of the most attractive investment sectors in 2021 and years to come. Stakeholders ranging from the African Development Bank to large-scale private funds recognize the need for cost-efficient industrial energy access as well as universal household electricity.

To expand the impact of their investments in the energy sector, development finance institutions (DFIs) and private investors should pay more attention to empowering African-led indigenous energy firms by adjusting their risk analyses and to closing gaps for off-grid solar project financing.

Prior to the pandemic, geopolitical crises were already stressing major economies such as China and the US. Investors are now increasingly looking elsewhere for stable returns and reassessing their risk profiles, especially in emerging markets.

In comparison with traditional markets, Africa is young, connected, entrepreneurial and poised for immense growth through regional integration via the African Continental Free Trade Agreement (AfCFTA), which will create the world’s largest free trade area.

The start-up ecosystem is ready to grow exponentially with the right investment. Over $200 million in funding last year went to energy sector start-ups, but the surface of the continent’s potential has not even been scratched yet. There is huge potential in off-grid solar projects across the Africa, which have consistently outraised their competitors around the world, making the continent one of the leading global destinations for off-grid solar investment.

Given they are the most cost-effective way to bring hundreds of millions of Africans without electricity on-grid, as well as to increase options for power supplies for businesses, the importance of off-grid and mini-grid projects will only grow.

There are significant challenges to lure in more established players however, especially in the oil and gas sectors. Unstable political conditions can turn them off. Some multi-nationals are also wary of having their investments politicised. American and European energy executives might be forgiven for casting a nervous eye on the case of Lundin Energy, the Swedish company who briefly dipped their toes in the Sudanese market in the late nineties only to find themselves implemented in unfounded allegations of complicity in alleged war crimes that linger over them to this date.

The Lundin case is a textbook example of international lawfare that has evolved into a long-standing nightmare. A newly published report on the infamous case prepared by the Chambers of 9 Bedford Row and RPC Solicitors in the UK provides a stark reminder of just how costly and burdensome such issues can become. Though two decades have elapsed since an investigation exposed allegations into the company (in a report published by Christian aid in March 2001) to be unfounded, the case was reopened in Sweden in 2010 and an investigation has dragged on ever since (though the prosecutor claims publicly to be ready to make a decision on whether to charge within weeks, nobody would be surprised if it dragged on further).

In the same vein many African jurisdictions also suffer from a reputation for politicised judiciaries, Nigeria, Angola, South Africa and Tanzania being prime examples. In any constitutional democracy worth the name, the judiciary will be the ultimate guarantor of the rule of law and the supremacy of the Constitution.

All too frequently however in many African countries we see new laws being enacted and weaponized by the authorities to silence journalists, human rights defenders and members of the political opposition, especially in times of political sensitivity, such as before elections. Energy sector investors looking for long-term opportunities do not wish to operate in arenas in which they could be required to side with the party, and thereby fall out of favour overnight at the next election.

The focus doesn’t need to be on hydrocarbons however. Investors and FDIs alike should start by supporting African-led renewable energy companies - to elevate African founders, achieve stable returns, and in time help close the energy access gap. Though programs for solar energy financing have been expanding, outdated risk analyses have a tendency towards keeping important funding out of the hands of African entrepreneurs.

Some of the largest off-grid solar companies in Africa are co-founded and backed by Western CEOs and investors. There is no question that local African firms with market expertise could deliver similar - if not improved - returns if afforded similar risk profiles. Neither is it the case that more developed economies have a monopoly on talent. Talent from Africa, complemented with talent recruited from abroad, can combine to create world-class teams to spearhead the African solar opportunity.

It is true that we could be entering a golden age for African investment. But meaningful impact in crucial sectors for the future - such as off-grid solar energy - cannot take place without empowering African companies. Many would agree that Investors are running out of excuses: African companies, such as Oando, Juabar and BioTherm, to name just a few, can be competitive, profitable and world-class if only given the support they deserve from capital markets and DFIs.