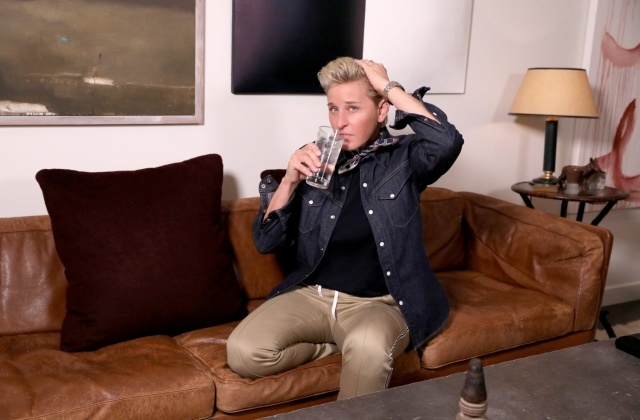 Ellen DeGeneres just debuted her new hairstyle in the recent episode of “The Ellen Show” season 18. Her brand new look was appreciated by her fans and they complimented her through social media.

As noted by People, the 62-year-old talk show host, changed her signature pixie cut blond hair to a slicked-back hairdo. This will remind people of the Luke Perry hairstyle when he was in “Beverly Hills 90210” and so far, it also looks good on Ellen DeGeneres.

She appeared with new do exactly a month after returning on TV and opening the 18th season of her show. It was first thought that she would never be able to make her comeback anymore after all the controversies she got involved in during the break.

She was accused of being mean and causing a toxic atmosphere in the workplace so when she returned for “The Ellen Show” season 18, she addressed the matter and apologized during her opening monologue segment.

"As you may have heard, this summer there were allegations of a toxic work environment at our show, and then there was an investigation,” she said. “I learned that things happened here that never should have happened, I take that very seriously and I want to say I am so sorry to the people who were affected.”

In any case, many fans commented that Ellen DeGeneres’ new hairdo is actually the same one that her wife Portia De Rossi sported years ago. They also posted a side-by-side picture to show Ellen.

Meanwhile, Ellen DeGeneres and Portia are reportedly selling their 4-bedroom home in Montecito. They purchase this just last year but they have put it up for sale now for $39.9 million. It was said that this is the same neighborhood where Meghan Markle and Prince Harry are residing after the purchase of their $37 million mansion.

The Los Angeles Times reported that the property measures around 10,700 square feet and features neatly landscaped grounds. It is a compound composed of three parcels of land across nine acres. There is a guesthouse, pond, security office, a cabana, an infinity pool that overlooks the ocean and more. The Bali-inspired estate has been remodeled to construct a chef’s kitchen.