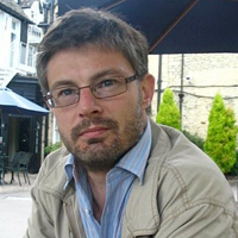 It’s rare to experience silence in this age of political anger and loudness, of bombastic tweets, insulting truths and incredible lies. It’s so unfashionable for a politician to not immediately respond to an event with lightening praise or withering cynicism, that when we hear nothing, it seems as though something technical has gone wrong. To be silent, we are told, is to be apolitical; to not have an opinion, to be neutral or perhaps simply to be oblivious.

But when it comes to diplomacy, perhaps we underestimate the impact of silence. A case in point was the lack of response from the EU over the UK’s strange role in the arrest of an Iranian supertanker in the Mediterranean Sea in early July. As the action was taken to uphold EU sanctions, the silence was all the more remarkable. And it offers a stark forewarning of the foreign policy tensions the UK will face after it leaves the EU.

Acting upon intelligence that Iranian oil was being shipped to Syria, the chief minister of Gibraltar, Fabian Picardo, requested help from the Royal Marines to seize the tanker. Picardo explained that Gibraltar was simply upholding sanctions laid down by the EU against the Syrian government by preventing a shipment of 2.1m barrels of light crude oil to one of its refineries. According to the British, once refined, it could have fuelled the regime’s tanks, armoured cars and troop carriers that operate alongside Russian forces currently waging havoc in Syria’s Hama region.

Despite this, there was no statement from the office of the European External Action Service, the EU body responsible for conducting the bloc’s foreign and security policy. Not a word of gratitude. Not even a nod. This was a deliberate and strategic use of silence.

The Royal Marines operation on the morning of July 4 to seize the Grace I, which is owned by Iran but registered in Panama, was itself a fairly noisy affair. According to the BBC, 30 Royal Marines were deployed together with local customs and port authority personnel to board the vessel, which at the time was stuck in heavy maritime traffic in Gibraltar’s territorial waters.

They descended from helicopter gunships onto the civilian tanker and arrested four shocked Indian crewmen aboard. Details are scant and it’s not clear if the Gibraltar Port Authority, as per protocol, requested but was denied permission to board the ship. Predictably enough, the Iranians were apoplectic and called it an act of piracy, threatening retaliation.

The tanker remains impounded in Gibraltar, its crew released on bail. On July 14, the UK foreign secretary, Jeremy Hunt, indicated that he would facilitate its release if given assurances by Iran that the oil would not go to Syria.

There was one tiny chink in the wall of EU silence that greeted news that the tanker had been seized. The European Council candidate to become the EU’s next foreign policy chief, Josep Borrell, is an outspoken and often truculent Spanish politician. Unhappy in the first instance about the insensitive use of Gibraltar’s territorial waters, which Spain does not recognise, Borrell’s other preoccupation is European relations with Iran. In his role as Spain’s foreign minister he told media that the tanker had been seized following “a request from the United States to the United Kingdom”. He insinuated that the Americans had first offered the intelligence to Spain.

In the wake of the US withdrawal from the Iran nuclear deal and in the light of the Trump administration’s aggressive sanctions and belligerent language towards Tehran, the seizure of a supertanker by an EU member state clearly subverted European efforts to negotiate with the Iranians. In the meantime, US national security advisor, John Bolton, brashly tweeted his delight.

Another glaring silence followed from the EU a few days later when the Iranians, quite theatrically, dispatched around 30 of its elite forces to harass an Isle of Man-registered BP supertanker in the Straits of Hormuz, The British were compelled to send a warship to the region to protect their commercial fleet, implicitly joining the American’s motley maritime coalition in the Gulf of Arabia against Iranian threats to the shipping corridor.

Once again, other than passing a cursory warning about the situation, the EU’s foreign and security body did not comment. The silence conveyed its dissatisfaction to the US at the way it was manipulating EU sanctions to its own ends. More pointedly, the silence was trained upon Britian’s cumbersome attempt to court US military objectives while claiming to support the delicate diplomacy favoured by the EU towards Iran.

The purpose of the silence was to soak up the metallic clatter of militarism. It said to Britain that the time has come to decide between a hard and a soft path to peace in the Middle East. The lesson is clear: if post Brexit Britain continues to support a hawkish US administration, then there is a good chance that Europe’s silence will solidify. This will isolate Britain further from its neighbours.