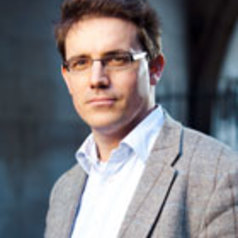 As the debate about Britain’s place in Europe intensifies ahead of June’s referendum on EU membership, the role of the press has come under close scrutiny. Alastair Campbell, who was director of communications to the former British prime minister, Tony Blair, recently attacked the majority of the UK press for having “totally given up on properly informing the public”.

Meanwhile, writing on the coverage of the referendum in March 2016, Guardian columnist Polly Toynbee said the referendum was “a battle of strength, a war to the death” between the government and press owners Paul Dacre and Rupert Murdoch about “who rules the country”.

While it is easy to exaggerate the short-term impact of newspaper coverage, it is true that a large proportion of British voters feels ill-equipped when asked to decide about continued membership of the EU. Research conducted in 2013 by the independent UK Electoral Commission to test different referendum questions found “low-levels of contextual understanding of the EU, with some participants having no knowledge of the European Union, or the status of UK membership of the EU, at all”.

More importantly, this research showed that participants themselves felt under-informed – and some told the survey staff they had changed their voting intentions as they “became more aware of their lack of knowledge, or thought more in depth about what being a member of the European Union means”. UK public is among the worst-informed in the EU. Eurobarometer

It would be worrying for a thriving democracy if citizens’ knowledge of the EU remained so low come June 23 that they could not confidently connect their personal preference with the voting choice. It is also worrying because British citizens are the least well-informed in Europe, according to analysis of Eurobarometer survey data by the LSE’s Simon Hix.

The survey contained three simple questions with true-and-false answers such as whether Switzerland is member of the EU or not. Nearly a quarter of British respondents got this question wrong (only Greek Cypriots scored lower here) and only 28% could answer all three questions accurately (just above Latvia).

So why is public knowledge so low? The electoral commission study considered the media a crucial source of individuals’ knowledge about the EU. Single issues gleaned from it, or from personal experiences, influenced initial voting intentions.

But not all media types are trusted equally. A representative European survey in September 2015 shows that 73% of people in the UK “do not tend to trust” the printed press – the highest figure among all EU member states and a staggering 23% higher than the EU average. The “do not tend to trust” figure for UK television, meanwhile, is 46% – in line with the EU average.

Yet the press is a major source of information about the EU and often sets the agenda for television, which is why many researchers worry about some of the longstanding traits of UK press coverage of the EU.

One very basic issue is accuracy of reporting about how decisions and laws are made in the EU. Press coverage frequently depicts the European Commission as if it had the same powers as a conventional government backed by a majority in parliament and able to have its proposals ratified and implemented. This is inaccurate as the overwhelming majority of legislation can be amended and potentially rejected by the European Parliament as well as by national ministers in the Council, who in turn are accountable to their own parliaments. On the same day that The Sun published its controversial claim that the “Queen Backs Brexit”, the paper also acknowledged that it had confused an opinion by an advocate-general of the European Court of Justice with an actual ruling of the “euro judges”. It is a seemingly trivial example, but part of a broader picture of many press stories containing false alarms about alleged regulatory frenzy against larger condoms and prawn cocktail flavour crisps. Some of these stories are plain wrong, others result from unnecessary national “goldplating” of EU directives as Boris Johnson conceded conceded when giving evidence before the Commons Treasury Select committee. This is partly the result of journalists' over-reliance on the government for interpretation of EU issues. In the past this has often translated into a rather one-sided picture of what actually happens behind closed doors at the Council and a sense that genuine government victories are much rarer than compromises.

The ‘battle of Brussels’

However, as press attention on the EU has fluctuated strongly depending on the influence of eurosceptics on government majorities, readers can easily miss out on coverage of EU initiatives – with potentially far-reaching consequences. And the familiarity of UK journalists with Westminster’s confrontational culture leads many journalists to cover “Brussels” as a battle of national interests between member states, thus missing the equally important left-right conflict within the various groupings in the EU institutions.

Claims that media coverage of the EU is biased are naturally contested and are difficult to measure accurately. However, a representative survey conducted in November 2015 asked British respondents about how their country’s press presented the EU. British respondents were much more likely to identify negative bias against the EU (23%) than the EU average (11%). British television was seen as more objective (46%) in its EU coverage than the press (37%), but even here the perception of negative bias was ten percentage points higher than the EU average.

It is to be welcomed that some papers, prominent among them The Guardian and The Daily Telegraph, have recognised the problem and try to provide their readers with essential and accurate information about the EU and what British membership means in practice, not just different opinions. However, as more newspapers enter campaigning mode, this switch may intensify some of the problems described, and further damage – rather than enhance – readers’ trust in the press.

Christoph Meyer is affiliated with the Centre for European Policy Studies.