Driverless taxis launched in China, Chinese locals to experience taxi rides without driver behind the wheel 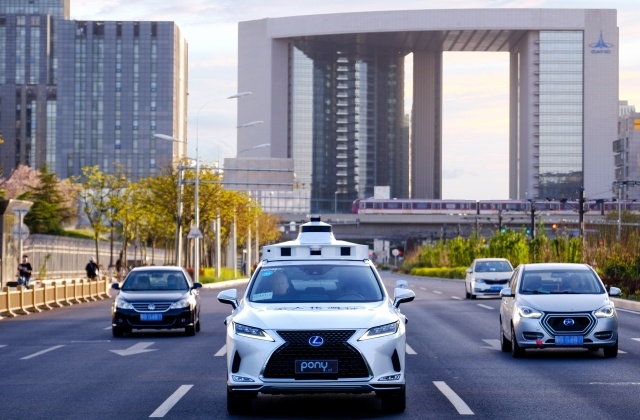 People in China will get to ride a taxi that has no driver, and this is the first time in the country. Baidu and Pony.ai, an autonomous driving start-up, shared on Thursday, April 28, that they have been granted permission to provide robotaxi ride-hailing services to the public.

According to CNN Business, the issued permit does not require a driver to sit in the driver's seat. The robotaxi services were officially launched in Beijing yesterday and allowed the public to call the taxis through Baidu and Pony.ai’s apps. However, the service is only available during the day at this time.

Also, it was reported that Baidu and Pony.ai’s robotaxis will be restricted to a designated area of 23 square miles, and while the vehicles are autonomous, the taxis are required to have an operator in the front passenger seat so he can take over in case of emergencies. The rides in the robotaxi in China are free for now since this is still considered a trial.

The companies’ self-driving technology is a big achievement and sets the stage for driverless cars in the future. Baidu owns the largest driverless car fleet in China, and under the robotaxi program, 10 vehicles will be deployed on the streets, and 30 more will be added later.

“We did this by conducting multiple technical validations and iterations of driverless scenarios, and by improving system redundancy design, remote assistance platform development, and fleet operation management,” Lou said.

Meanwhile, to secure the permit for the robotaxi in China, Pony.ai also passed rigorous and strict safety test qualifications that include navigation of left-turns without a driver in the vehicle. The car was also tested in snow and heavy rain conditions, and more.