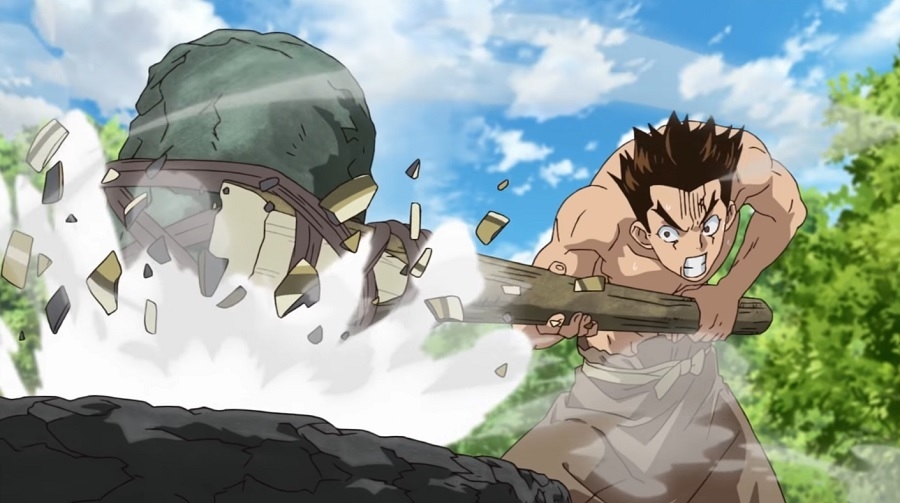 Senku and Xeno’s first collaboration proved to be successful and gave them the likely exact location of the petrification beam. Based on the clues previously provided, fans deduced that the new allies are heading toward the Brazilian state of Amazonas.

Senku and Xeno recalled every detail they can on the day the petrification happened. Using the data they have, they both arrived at the same conclusion and came up with similar coordinates of the most likely location where the petrification beam originated. And it appears that this could be the focus of “Dr. Stone” chapter 172.

The scientists’ calculations both produced the coordinates 3° 7′ South Latitude, by 60° 1′ 0″ West Longitude. The brilliant fanbase figured out that the map coordinates point to Amazonas, Brazil. It is just slightly off the exact coordinates of the Amazonas capital, Manaus, which is 3° 6′ 0″ S, 60° 1′ 0″ W. This is still a very interesting clue and reveals almost exactly where Senku and Xeno are going to land in “Dr. Stone” chapter 172.

What’s not certain for now is what they will find once they arrive in Manaus. Fans have several suggestions, and one of the most common speculations is that the rivals will find a new group of people potentially with their own civilization as well.

Regardless of what they will find in “Dr. Stone” chapter 172, fans should take a moment to appreciate just how much they can accomplish now that Senku and Xeno agreed to work together. They initially narrowed down the source of petrification to an entire continent. And after agreeing to set aside their differences for the sake of science, they immediately came up with a precise location.

It is also possible for “Dr. Stone” chapter 172 to provide an update on what’s happening in the Perseus. It is unknown if the people in Xeno’s yacht will be able to relay their findings so they can also head in the right direction.

“Dr. Stone” chapter 172 will be released on Sunday, Nov. 1. Fans can read the full digital copy with the official English version through Manga Plus and VIZ Shonen Jump. Access to their websites and mobile apps are free.