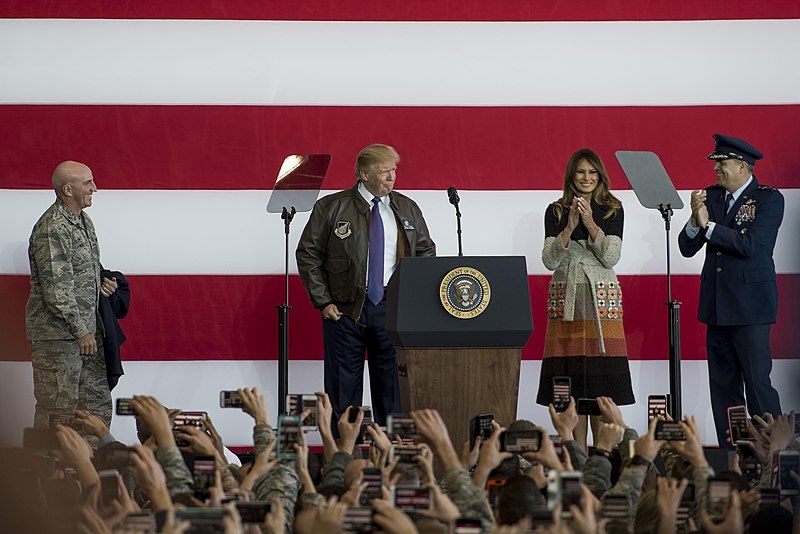 Former President Donald Trump and his family are now residing in Mar-a-Lago full-time since leaving the White House. Recent video footage showed the Trumps receiving a standing ovation when they were seen by the resort’s guests.

A video shared on Instagram showed the former president, former first lady Melania Trump, and their son Barron Trump walking through the restaurant terrace at the Mar-a-Lago resort. The guests at the club rose from their seats and applauded upon the appearance of the former president and his family, with one person cheering “Mr. President” from the crowd.

Trump has been residing in his Florida resort with the former first lady and their son since leaving the White House back in January. They have remained mostly out of the public eye, with the former president often seen playing golf.

While the former president has yet to announce his next move, he has often floated around the idea of running for office again in 2024, when Joe Biden’s term as president ends. At the moment, the Trumps established their post-White House website, 45office.com, where supporters can leave messages and contact them for possible event appearances.

However, many have predicted that the former president may have difficulty running for office again in 2024 due to the many legal battles and investigations he is involved in. Trump’s children and extended family are also touted to be contenders for office, with daughter-in-law Lara Trump expressing interest in a Senate bid for North Carolina as its current occupant, GOP Senator Richard Burr is seeking retirement in 2022.

Also at Mar-a-Lago, the former president spent Easter with more members of his family and in a rare post-White House appearance, Trump and the former first lady were seen attending Easter Service at Palm Beach. Following the church service, the Trumps returned to Mar-a-Lago for the resort’s annual Easter egg hunt.

The former president spent the day with his sons Donald Trump Jr., Eric Trump, and Lara Trump with several of his grandchildren for the egg hunt. Don Jr.’s girlfriend Kimberly Guilfoyle was also present during the gathering and shared several photos of the family on social media.