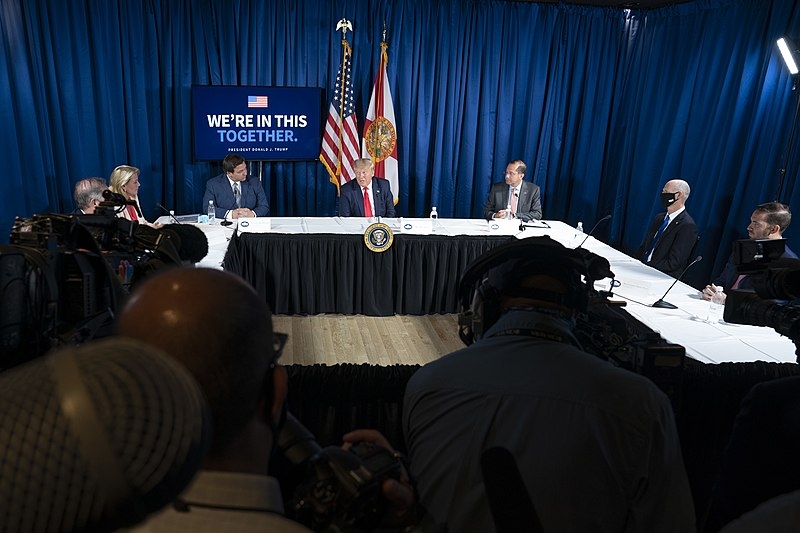 Former President Donald Trump is in the middle of several lawsuits and investigations since leaving the White House in January. Following reports of a possible indictment headed for Trump, the Palm Beach County Prosecutor says that Trump’s staunch ally, Ron DeSantis has no authority to block his extradition.

“So that’s a conversation we’re having: What is the governor’s power? And the governor’s power to stop an extradition is really nonexistent,” said Aronberg. “He can try to delay it, he can send it to a committee and do research about it, but his role is really ministerial, and ultimately the state of New York can go to court and get an order to extradite the former president. But DeSantis could delay matters.”

The report by Politico last week said that officials in Palm Beach, where Trump currently resides, are already preparing for the possible event that New York prosecutors charge the former president and bring him back to New York. Regarding the report, Aronberg said that he has not discussed with his New York counterparts what to do should the former president be charged.

The investigation on Trump by Manhattan District Attorney Cyrus Vance is looking into whether the Trump Organization violated state law during the time it made hush-money payments to Stormy Daniels. Daniels claimed to have an affair with Trump in 2006. In legal filings, state prosecutors are now suspecting whether Trump’s family members and the organization committed financial fraud to cover up said payments.

Meanwhile, Trump looks to maintain his grip over the current Republican party. As both sides are preparing for the 2022 midterm elections, Florida Senator Rick Scott recently pleaded for the former president not to go against Senate incumbents.

Speaking on Fox News Radio’s Brian Kilmeade Show, Scott said that he suggested that the citizens should be the ones to vote for the primary winner and help those who win that he also believed in.