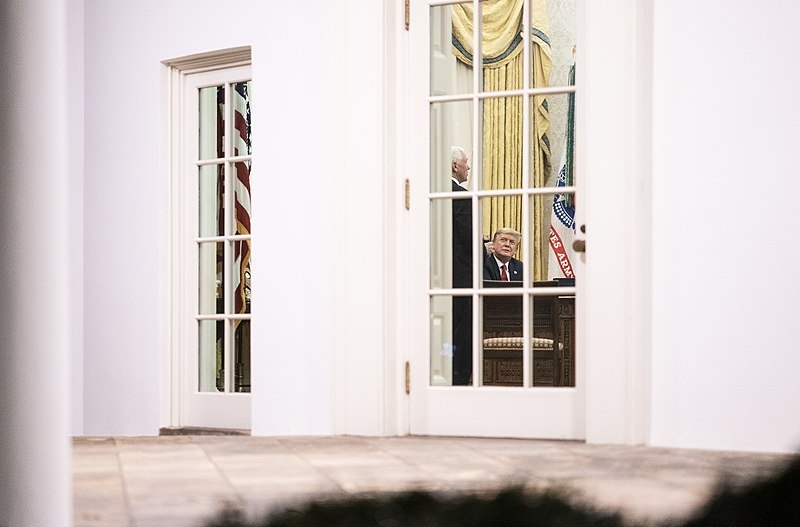 With only days left until he officially leaves the White House, Donald Trump is still facing growing calls for his removal from the Oval Office across the board amongst lawmakers. With his involvement in inciting the mob to take action on the Capitol, a former Bush administration official has since described Trump as a “domestic terrorist.”

Richard Armitage who was a former deputy secretary of state during the George W. Bush administration described the outgoing president as a “domestic terrorist,” a label given by many to the pro-Trump mob. Armitage cited Trump’s reaction to the white supremacist rally at Charlottesville in 2017 as one of the reasons why he believes more violence may come under his presidency. About the rally, Trump infamously described the event as having “very fine people on both sides.”

“There was violence at those rallies and it’s continued,” said Armitage. “And most recently when the president was firing up the crowd, and previously saying ‘it’s going to be a wild day’ then urging them to march on the Capitol. All those things lead me to believe he’s a domestic terrorist.”

Impeachment is on the horizon for Trump since his involvement in inciting the insurrection that was an attempt to undermine the formal counting of electoral votes. Congressional Democrats are moving ahead with impeachment articles, noting that this would be the step to take should Trump refuse to step down or if vice president Mike Pence does not invoke the 25th Amendment.

Former GOP Senator and Defense Secretary Chuck Hagel also spoke out against Trump following the riots. Hagel, who was the Defense Secretary during the Obama administration, said he was not surprised by the attack. Hagel described the events as “predictable.”

While Trump faces a possible second impeachment or invocation of the 25th Amendment, his allies including his eldest son Donald Trump Jr. may also be facing charges from their involvement in inciting the violence at the Capitol. DC attorney general Karl Racine said on Monday that he is looking into whether or not to charge Don Jr. along with Rudy Giuliani and GOP Congressman Mo Brooks with inciting violence due to their provocative comments in the rally hours prior to the riots.