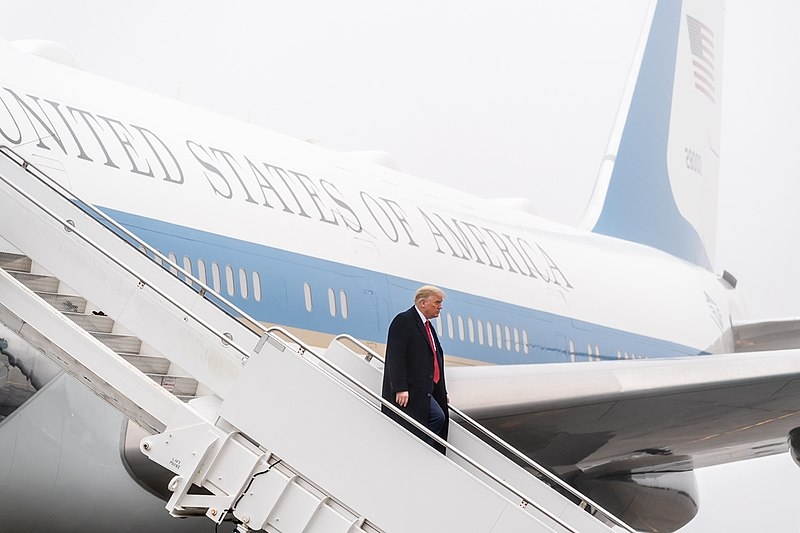 Even before leaving the White House in January, former President Donald Trump has floated the idea of running for office again in 2024, at the end of Joe Biden’s possible first term. However, when asked again recently, Trump did not answer whether or not he would run again.

Speaking in a phone interview with Newsmax TV, Trump did not say whether or not he plans on running for office again in 2024. The former president made the comments in the interview as the program was currently dedicated to Rush Limbaugh who recently passed away. But even when he did not say if he was running for office again or not, Trump noted that there are polls in his favor.

“Too early to say -- but I see a lot of great polls out there,” said Trump during the interview. His comment also comes as he was recently acquitted from the Senate impeachment trials for incitement of insurrection. 57 Senators, among them seven members of the GOP, voted to convict but failed to reach the 67 votes needed to succeed in conviction.

Trump also spoke in phone-in interviews with Fox News and OAN, which were also celebrating Limbaugh’s life. The former president, however, made no mention of the January 6 insurrection or the impeachment trials. Trump told host Sean Hannity that the day was about celebrating Limbaugh instead. The phone-in interviews also come a day after Trump blasted Senate Minority Leader Mitch McConnell who delivered a scathing rebuke of the former president even as he voted to acquit.

The former president no longer has the protection he once had while in office, which meant his inevitable facing of the legal investigations centered on him. Senior Trump adviser Jason Miller revealed to CNN on Thursday that Trump’s attorney Rudy Giuliani is not currently representing him in any capacity. Miller noted in a tweet that Giuliani is not representing Trump at the moment as there are no pending cases but remains a close ally of the former president. It should be noted that Giuliani is currently facing a defamation lawsuit by voting machine company Dominion Voting Systems.