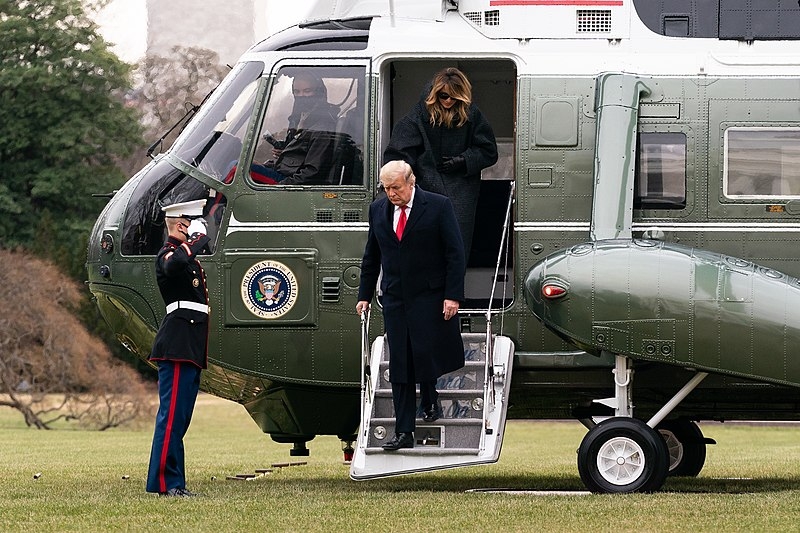 Since the Capitol riots and even leading up to now-former President Donald Trump’s impeachment trials, the Republican party is experiencing a rift within its ranks. Trump has now blasted Senate Minority Leader Mitch McConnell in a statement following McConnell’s vote to acquit along with a scathing rebuke of the former president.

Trump’s post-White House office issued a statement attacking McConnell after the Kentucky Republican delivered a scathing rebuke of the former president not long after his acquittal. McConnell, the most powerful Republican in Washington at the moment, blasted Trump and said that the former president still bears responsibility for inciting the insurrection, noting the baseless claims of election or voter fraud. McConnell also added that Trump has not gotten away with his actions yet, hinting at Trump’s legal battles that still await him.

“Mitch is a dour, sullen, and unsmiling political hack,” wrote Trump. “If Republican Senators are going to stay with him, they will not win again,” The former president even went on to say that had he not endorsed McConnell, he would not have won re-election last November and that this was his only regret now.

Trump was acquitted by the Senate by a 57-43 vote. Despite the majority of the lawmakers voting to convict, they failed to reach the threshold vote count of 67, falling 10 votes short of conviction and a permanent bar from running for office again. Seven Republicans joined their Democratic counterparts in voting to convict, most of them are already facing backlash in their home states.

Meanwhile, two Trump properties were now blown up to the ground recently as demolition crews imploded the former Trump Plaza Casino in Atlantic City, New Jersey, and the helipad from the Mar-a-Lago resort in Palm Beach, Florida. Atlantic City Mayor Marty Small said that the demolition had nothing to do with the former president as the property was now owned by billionaire investor Carl Icahn, who was once Trump’s special economic adviser. Icahn has yet to announce his plans for the site now that the entire building is demolished.

In Florida, the crews removed the helipad in the resort that was once built during Trump’s term in the White House back in 2017.