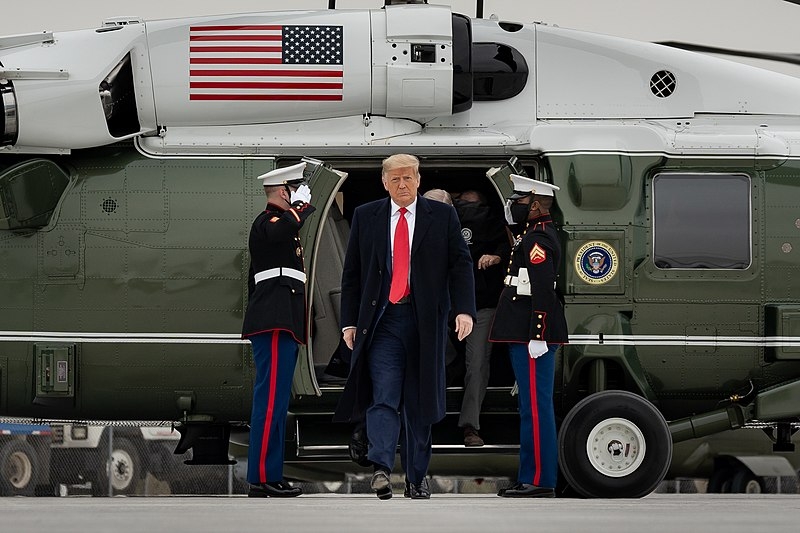 While former President Donald Trump may have been acquitted by the Senate in the recent impeachment trials, his legal troubles are far from over. Adding up to the number of legal battles the former president is now facing is another lawsuit filed by Democratic Congressman Bennie Thompson.

Thompson filed a lawsuit against Trump in a federal court in Washington, citing that the former president incited the deadly Capitol riot last January 6. A pro-Trump mob stormed the establishment in an attempt to stop the formal counting of electoral college votes. Hours prior to the insurrection, Trump and his allies held a rally in Washington where he repeated his baseless claims of voter fraud. His claims have been widely refuted and the courts all over the country dismissed his more than 60 lawsuits contesting the election results. Thompson’s lawsuit is believed to be the first filed by a member of Congress against Trump that also seeks compensatory damages.

Aside from Trump, Thompson has also named as defendants the former president’s attorney Rudy Giuliani and two far-right militia groups the Proud Boys and Oath Keepers. Giuliani is already facing a lawsuit from the voting machine company Dominion Voting Systems for defamation. The suit is filed under the Ku Klux Klan Act, a law passed after the Civil War that combats violence against people of color by the white supremacist group and allows Black people to take action against hate groups.

“The carefully orchestrated series of events that unfolded at the Save America rally and the storming of the Capitol was no accident or coincidence,” said the suit. “It was the intended and foreseeable culmination of a carefully coordinated campaign to interfere with the legal process required to confirm the tally of votes cast in the Electoral College.”

Despite the ongoing legal battles Trump still has, it is clear that the former president still has a very solid base of supporters. Following his second acquittal, Trump’s supporters remain energized and appear willing to vote for him a third time should the former president run for office again. A poll by Morning Consult and Politico found that 59 percent of Republicans felt that Trump should play a big part in the GOP moving forward. In a possible primary, 54 percent also showed support for Trump.