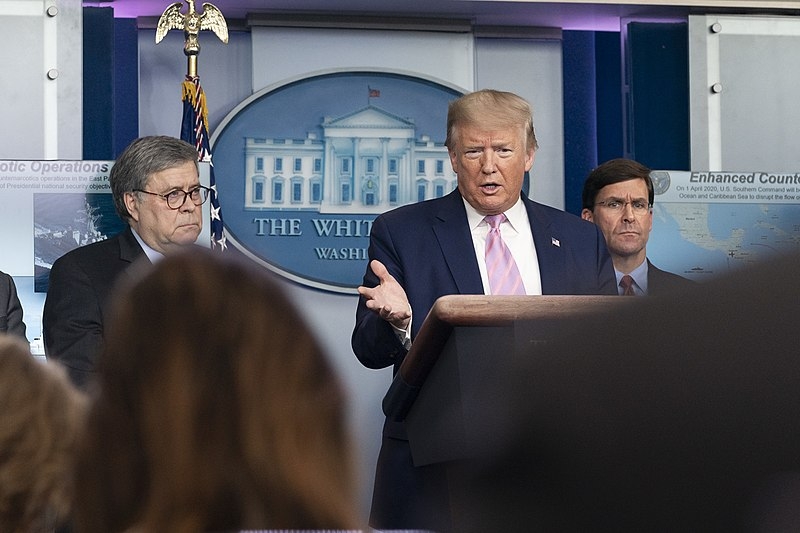 Former attorney general Jeff Sessions and President Donald Trump are not exactly on the best of terms, but Sessions appears to be determined to win a seat at the US Senate. This led the Trump campaign to send the Senate hopeful a letter telling him to stop mentioning Trump in his own campaign materials.

CNN reports that the Trump campaign sent Sessions a letter, demanding that he cease mentioning the President in his campaign materials. The letter, penned by Michael Glassner who is the campaign’s chief operating officer, said that it could be assumed that Session is doing this to confuse Trump supporters into thinking that he has the full support of the president in his candidacy in the upcoming primary run-off elections when it is otherwise.

In March, Trump publicly voiced his support for Sessions’ rival, Tommy Tuberville, for the GOP Alabama Senate seat. According to those who are knowledgeable on the matter, Trump did not instruct his campaign to send Sessions the letter, but the aides who are aware of the relationship between Trump and Sessions knew that the President would not approve of Sessions constantly boasting about his connections to Trump. This is not the first time the Trump campaign sent letters like this either, but they knew they had to prioritize Sessions given the history.

Trump has held a grudge against Sessions, who recused himself from the Russia investigation back in 2017. This resulted in Robert Mueller getting appointed to lead the investigation.

According to Sessions’ adviser Gail Gitcho, however, Sessions had already been on the Trump agenda even before his intention to run for Senator. “No letter from any lawyer will change that.” Gitcho also pointed out that Sessions’ campaign materials were already out before Trump endorsed Tuberville.

Meanwhile, Trump is currently preoccupied with the coronavirus crisis, and Politico reports that Trump is planning on advising Americans to wear face coverings or protective face masks when going outside. Those who are knowledgeable on the matter also revealed that this planned measure - that has yet to be finalized - will prevent those who do not show any symptoms of the coronavirus from the transmission.

A Senior White House official has also confirmed the measure but clarified that this would be especially applicable to those in places deemed as hot spots and where the virus is actively spread.