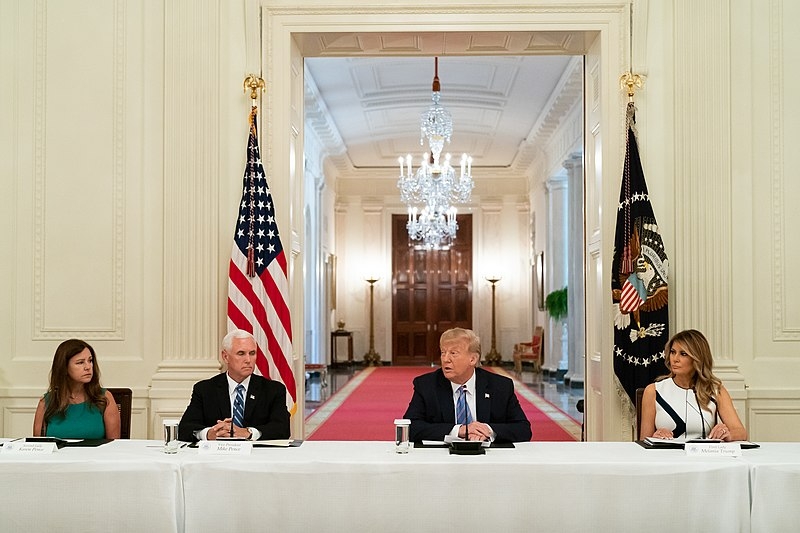 President Donald Trump is keen on reopening the country despite the rising cases of the coronavirus, including the continuous number of deaths. Trump is now pressuring public schools to physically reopen despite the pandemic.

Politico reports that Trump, along with Education Secretary Betsy DeVos, is threatening the public schools to physically fully reopen else they get their federal funding cut. The president took to Twitter to make such a statement, targeting the Democrats and local education leaders, comparing this to the situation in countries such as Germany, Norway, Denmark, and Sweden. DeVos said to Fox News’ Tucker Carlson that she is considering withholding funding from schools that do not reopen in the fall.

“In Germany, Denmark, Norway, Sweden, and many other countries, SCHOOLS ARE OPEN WITH NO PROBLEMS. The Dems think it would be bad for them politically if U.S. schools open before the November election, but is important for the children & families. May cut off funding if not open!” tweeted Trump.

The Trump administration has pushed to fully reopen schools in time for the fall, which is usually when the new school year starts and is seen as the perfect time to restart the country’s economy, an aspect that Trump has often boasted during his campaign. During a White House event, Trump also revealed that he is urging the state governors, especially those who have reservations about reopening public schools, to do so despite the pandemic.

However, it has yet to be made clear how the Trump administration plans to implement this threat towards the schools, or if they have any power to implement that threat. Congressman Bobby Scott commented that the premature reopening of schools and ignoring the advice of the experts is dangerous.

It appears that Trump is hoping to fully reopen the country in time for the November elections. Although many Republicans remain in support of the President, one Republican official has declined to commit to voting for Trump in November. Miami mayor Francis Suarez revealed that he plans to see what both candidates have to offer for the urban sector before he chooses whom to vote.

Florida is one of the key swing states Trump hopes to retain support from in November. However, the recent polls have shown that the former vice president Joe Biden is leading by a considerable margin of five percentage points upwards.