Donald Trump shock: POTUS warns the next two weeks will be 'painful' 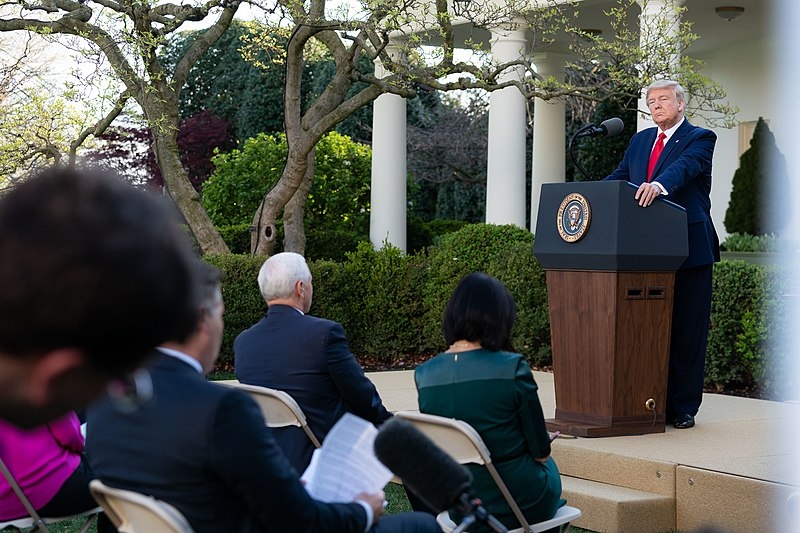 Recently, in light of the rising cases of the coronavirus in the United States, President Donald Trump announced that the period for social distancing would be extended until the end of April. Following his announcements, he had also warned Americans that the crisis will continue to worsen over the next two weeks.

CNN reports that during a White House news conference, Trump described the next two weeks as “painful” as the cases of COVID19 in the country skyrocket along with the estimated number of deaths. “I want every American prepared for the hard days that lie ahead. We’re going to go through a very tough two weeks, “ said Trump, who has since changed his tone towards the crisis after several weeks of trying to downplay the gravity of the situation.

This follows his announcements from the past few days, that along with an extended quarantine period, there would be new guidelines issued for Americans at this time. However, even when all Americans are able to comply with the measures needed to slow down the spread of the virus, thousands of deaths are still predicted to happen, from 100,000 to 240,000. It appears that after the models shown to him by the health experts on his team and on the task force, along with the polls showing support for social distancing, Trump changed his perspective.

Following his remarks, his health experts showed the press slides and models showing how the social distancing measures can potentially save millions of lives. Nevertheless, it is clear that the number of deaths from the coronavirus may rise up to the predicted estimates or possibly higher.

Meanwhile, Trump has previously criticized the Chinese government for failing to contain and implement measures to avoid spreading the coronavirus to other countries. When asked whether he thinks the numbers that China has reported are accurate, Trump said he did not know, and added that the numbers Beijing has been publicly reporting are still on the “light side.”

“And I’m being nice when I say that, relative to what we witnessed and what was reported,” said Trump.

Aside from his criticism of China, Trump has also been eyeing the trade relations between the two countries, saying that by the end of the pandemic, China would be buying billions’ worth of products from the United States.