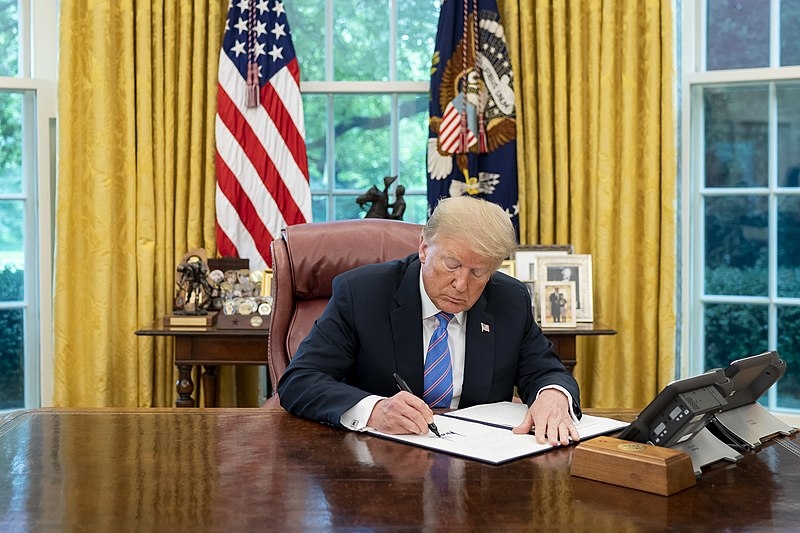 President Donald Trump’s niece, Mary Trump, is set on publishing her upcoming tell-all book about her family, most especially her relationship with the president. Following a failed first attempt in blocking its publishing, a judge issued a preliminary injunction, temporarily blocking the publishing of Mary Trump’s book.

The Guardian reports that a judge in New York has issued a preliminary injunction, blocking the publishing of Mary Trump’s upcoming book, Too Much and Never Enough: How My Family Created the World’s Most Dangerous Man, which is set for release on July 28. However, Judge Hal Greenwald has scheduled another hearing about the book on July 10 in Poughkeepsie.

Shortly after the verdict, Mary Trump and her lawyer Ted Boutrous have filed an immediate appeal. Boutrous released a statement on his thoughts on the injunction given to block the book’s publishing, saying that it was “a prior restraint on core political speech that flatly violates the first amendment,” and added that the book will address matters that are of great importance and concern regarding the current president especially in an election year.

Robert Trump, Donald Trump’s brother, initially failed in stopping the publication of the book. The reason cited was that Mary Trump signed a non-disclosure agreement back in 2001 following the litigation over the will of Fred Trump Sr. The agreement stipulated that Mary Trump is not allowed to discuss her relationship with her relatives.

Meanwhile, the recent protests have brought the underlying racism that is evident in America that has led many institutions to remove monuments of figures or cultural symbols that have been deemed racist front and center. From renaming several military bases to taking down statues of historical figures who were also known to be racist, Trump has attacked those who have agreed to the change. Trump has even gone to the extent of signing an executive order threatening to withhold funding to local governments that could not protect their local monuments.

According to his aides, Trump relies on heritage and history as part of what drove many Americans to voting for him during the 2016 elections, which would explain why he has gone against the public’s opinion.