Doctors as border police: what happened to 'first, do no harm'? 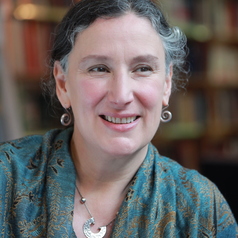 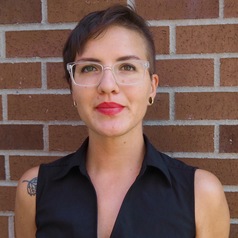 Building trust and acting in the patient’s best interests are guiding principles of medical practice. This is especially true when caring for vulnerable and marginalised people, such as undocumented migrants. They often delay going to the doctor and find it hard to discuss their problems, personal history and social situation. But some countries, including the UK and US, are now actively undermining the doctor-patient relationship.

Two case studies published together in the New England Journal of Medicine? NEJM – one from the UK, the other from the US – show how state pressure for medical involvement with anti-immigration policies hinders the duties of healthcare professionals. The case studies (composites to protect patients’ identities) describe how doctors and nurses found themselves caught up in national strategies to target and deport undocumented migrants.

In London, Ms Z, a victim of trafficking and sexual exploitation, arrived in an emergency department suffering from anxiety and post-traumatic stress. The attending doctor told Ms Z how to register with a local GP where she could continue to get free care. As she was leaving the hospital, she was arrested and taken to a detention centre.

The doctor found out later that Nurse M, who had admitted Ms Z, called the police believing that because she could not produce identity documents she was “illegal” and therefore not entitled to care. The nurse’s action was a direct response to recent training she’d attended about the new NHS Visitor and Migrant Cost Recovery Programme that restricts free access to hospital care for migrants who are said to be attracted to the UK because of its health and welfare system.

Meanwhile, in Baltimore, US, Gloria why does she get assigned a name? is this a real name?, an undocumented migrant from Mexico, brought her disabled son, D, to a community paediatrician. According to the law, Gloria’s son is an American citizen because he was born in the US. The paediatrician knew that Gloria was anxious about government plans to increase deportations. Gloria described a recent attempted raid on her home by Immigration and Customs Enforcement (ICE) agents.

The doctor, worried about the health effects of parental deportation on D’s health provided Gloria with information about her legal rights. Another doctor, however, reported the paediatrician to the hospital’s legal office who reprimanded her for providing such information to an illegal immigrant believing this advice fell outside the duties of a doctor.

In both these cases, a healthcare professional acting in a patient’s best interest was undermined by a colleague effectively acting on behalf of the border and immigration authorities. What should clinicians do when state priorities and policies conflict with patient needs?

In response to public concern about migration and pressure from the political right, governments on both sides of the Atlantic have introduced strategies that restrict migrants’ access to welfare and increase deportations.

In the UK, Theresa May reduced access to healthcare by introducing charges for hospital care for the first time since the NHS was formed in 1947. The NHS is no longer universal (free for everyone). Hospitals have managers patrolling wards searching for people to charge and accountants to collect debts (much like in US hospitals). Doctors are expected to police access to care. The NHS has also shared patients’ addresses from their electronic GP records with the Home Office so they could be found and deported.

Healthcare in the US is not universal. The Affordable Care Act (2010) extended coverage to the uninsured but excluded undocumented immigrants. Family separation as a result of an escalation in deportations, as in the above case, is a key tactic of US anti-immigrant policy, further increasing concerns for migrant-patient welfare.

Healthcare professionals are resisting the idea that some migrants are unworthy of healthcare. In the UK, doctors have advocated for their excluded patients, and lobbied (alongside NGOs) to end data-sharing with the Home Office. The British Medical Association, representing 155,000 doctors, voted on June 25, 2019, for the migrant charge to be scrapped because people have died and because it undermines the NHS.

In the US, physician organisations, such as the American Association of Pediatrics, have spoken out, supporting migrant patients and legislation that would protect hospitals from ICE activities. When faced with a choice, trust and the patient’s interests come first.