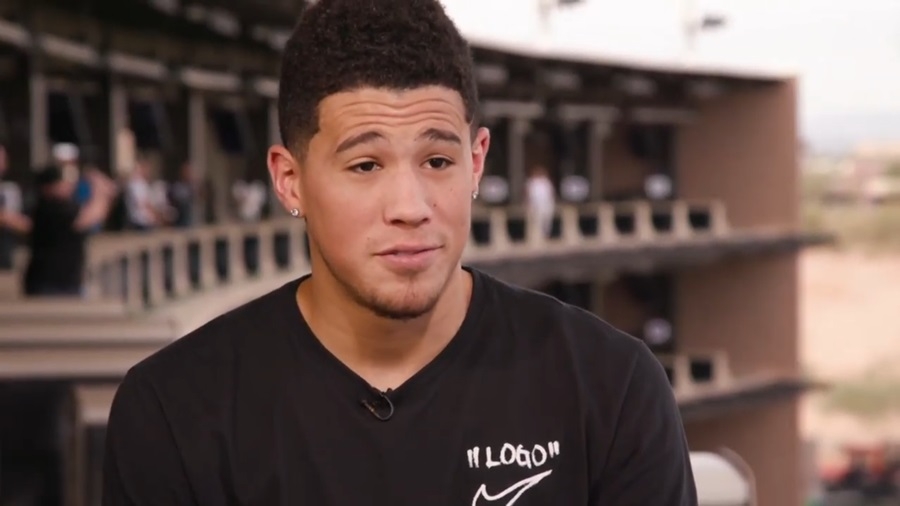 Devin Booker is now making headlines after former Atlanta Hawks manager Wes Wilcox said that the talented shooting guard isn’t expected to last long with the Phoenix Suns. Wilcox’s statement came as a surprise since trade talks are usually few and far in between this deep into the offseason.

The former GM made the claim when he sat down with NBA TV’s Jaren Greenberg. Greenberg asked Wilcox about the future of Bradley Beal, Andre Iguodala, Chris Paul, Andrew Wiggins, Devin Booker, and Kevin Love and which of these stars will be traded soon.

“Of these six names, Chris Paul and Iguodala, we know that they’re in the trade market and they’re available. Of these other four names, we can probably take Wiggins and [Devin] Booker into the future,” Wilcox said.

The Suns’ star player has been involved in a lot of trade rumors in the past due to the team’s overall performance in the past half-decade. The last time that the Suns made it into the playoffs was back in the 2009-2010 and was only 19-63 in the previous season. This is despite the fact that Devin Booker proved himself to be quite the franchise player.

Devin Booker rumors should be taken with a grain of salt

He also put up quite the stat line last season when he averaged 26.6 points and 6.8 assists per game. So for Wilcox to say that the Suns may be looking to trade Devin Booker in the future, that’s a really big claim to make. This is especially true since he just signed a five-year, $158 million contract last month, IBTimes reported.

Of course, similar to other claims being made around the league, it’s best to categorize Wilcox’s statement as a rumor for now. After all, we’ve all seen multiple NBA pundits make ridiculous claims during the free agency with most of them falling flat. Chris Broussard and Jalen Rose’s predictions about Kawhi Leonard’s decision easily comes to mind. As for Devin Booker, he has yet to respond from Wilcox’s statement, and it would be interesting to hear what he had to say about the matter.