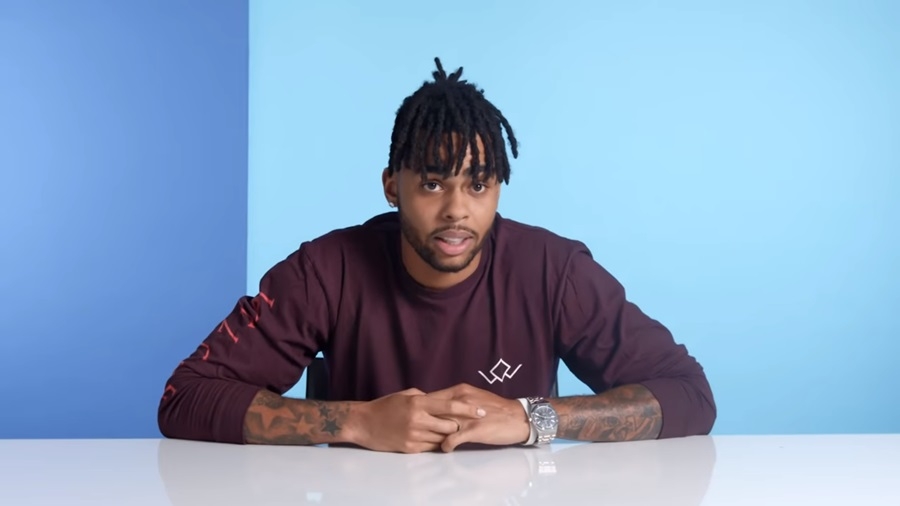 Photo via Screenshot of GQ Sports/Youtube

There’s a lot of pressure on the shoulders of D’Angelo Russell after the Nets traded him to the Golden State Warriors. The upcoming star is slated to fill the shoes of Klay Thompson after the prolific shooter tore his ACL during Game 6 of this year’s playoff finals.

But despite the expectations, D’Angelo Russell appears to take it all with stride. One of the core foundations of seeing tremendous success in the NBA is a solid mindset, and the 23-year-old certainly has that locked down.

D’Angelo Russell recently sat down with GQ and spoke about his transition from being the leader of the Nets to playing second fiddle with the Dubs. The young guard said that being with the Warriors is a valuable asset for him as he’s ready to learn from the best.

“When you’re going to a championship organization, being around Hall of Fame players and Hall of Fame coaches, it forces you to be that level, too. You are what you're around,” D’Angelo Russell said.

When asked how he takes care of his body, the former Nets star said that he hired a chef to make sure that he’s eating right. D’Angelo Russell also credited other players who are consistently taking care of their body, adding that those sort of behavior is “contagious” and is influencing him to do the same.

It would be interesting to see how this young star acclimate with the Warriors, especially since the team saw a severe shakeup within its roster. Durant is no longer with the Dubs, drastically reducing their offensive threat. What’s more, the Warriors’ defense is no longer what it once was when veteran swingman Andre Iguodala was sent to the Grizzlies. Add the fact the Thompson will be sidelined for most of the season, and it’s understandable that a lot of pressure is hovering over D’Angelo Russell.

D’Angelo Russell will not last with the Warriors, pundit claims

As for what experts are saying about the 23-year-old, opinions have been mixed. Some are seeing great potential, while others are touting that D’Angelo Russell won’t last long with the Warriors.

Among the naysayers have been Marc Stein. Stein contends that the Dubs isn’t planning on keeping D’Angelo Russell for long as he doesn’t fit well with the team. Apparently, the only reason that the Warriors picked him up was due to the team not wanting to part ways with Durant without getting something in return. In any case, the regular season will be kick-starting soon, so we’ll soon know how this new Warriors squad will adjust in the current NBA landscape.