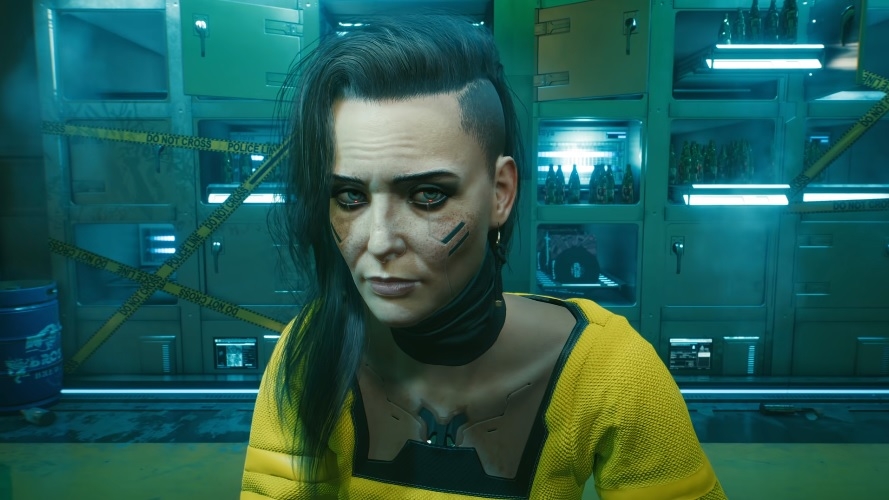 After five months, “Cyberpunk 2077” is still off-limits from Sony’s gaming digital store. Even though CD Projekt Red has already released game-changing patches over the last few months, the game’s return to the PlayStation Store.

CD Projekt CEO Adam Kiciński was asked for an update on the matter during a shareholder meeting on Tuesday. The exec implies that they are still working on bringing “Cyberpunk 2077” back to the digital store. He added that discussions are still ongoing, but the company has no update to share at the moment.

“We are still in discussions and with every patch the game gets better and there is a visible progress,” Kiciński said (via VGC). He then added that the final decision to bring back “Cyberpunk 2077” to the PS Store will exclusively come from Sony.

The subject of “Cyberpunk 2077’s” return to the PS Store was previously addressed by CD Projekt, albeit in a slightly different tone. Asked the same question in March, CD Projekt SVP of business development Michał Nowakowski said, “We do believe we’re closer than further.”

“Cyberpunk 2077” was one of the most anticipated, if not the most anticipated, games last year. But the hype it got may have worsened the disappointment fans felt when it launched filled with bugs and did not perform well on last-gen consoles. A few days after its launch in December, CD Projekt advised gamers to ask for refunds from Microsoft and Sony if that was the route they wanted to take.

The problem, however, was Sony has rigid rules when it comes to giving refunds for titles purchased through PlayStation Store. It only allows refunds within 14 days from the date of purchase, and the store usually does not allow returns once the customer has started to download or stream the game or add-ons they bought “unless the content is faulty.”

SIE strives to ensure a high level of customer satisfaction, and we will begin to offer a full refund for all gamers who have purchased Cyberpunk 2077 via PlayStation Store and want a refund. Please visit the following link to initiate the refund: https://t.co/DEZlC0LmUG.

Possibly due to the volume of “Cyberpunk 2077” requests Sony received, the company practically disregarded the conditions in place and eventually allowed a “full refund for all gamers” that will want it. Then, the game disappeared from the PlayStation Store just a week after it went live. PlayStation players who were not able to buy the game before it was removed will have to purchase the game’s physical copy from other retailers.

Microsoft Store has had a much lenient approach. Instead of completely removing “Cyberpunk 2077” from its digital store, it placed a warning message that says customers “may experience performance issues” playing it on Xbox One consoles.