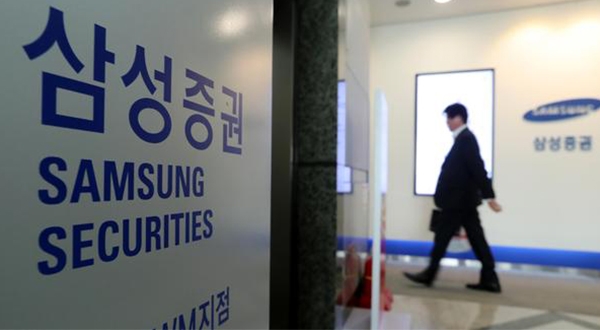 The Seoul Central District Court has ordered Samsung Securities Co. to compensate three investors for half of their damages caused by a 2018 dividend error that resulted in an accidental stock issuance.

The error was caused by an official at the firm, who on April 6, 2018, typed in 1,000 shares instead of 1,000 won per share in dividends to be paid to employees under a compensation plan.

Consequently, the company issued 2.8 billion shares for the employees, some of whom quickly sold them in the market.

The court pointed out that Samsung Securities did not have an internal monitoring mechanism for the employee stock dividend system, and that the stock selloff occurred in the absence of an emergency crisis-management plan.

If the ruling is confirmed, Samsung Securities would be liable to each of the three investors who sued the brokerage firm for damages of between 28 million won and 49 million won.