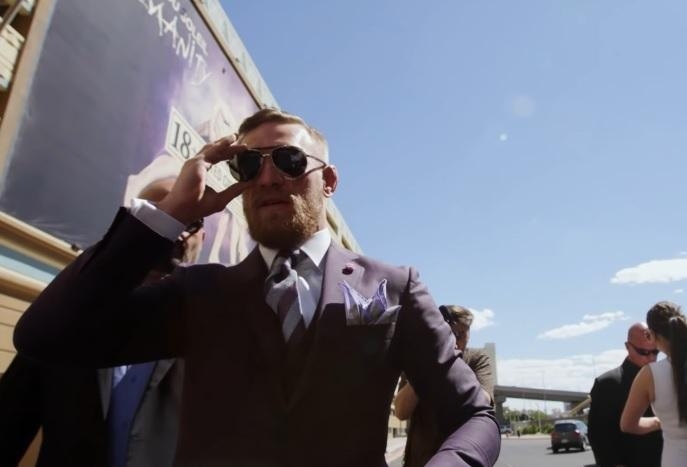 From "All Access: Mayweather vs. McGregor" | Photo by SHOWTIME Sports/YouTube

Conor McGregor remains one of the biggest names in the Ultimate Fighting Championship (UFC) arena. But he might have to take another break from mixed martial arts as the possibilities on a rematch with boxing icon Floyd Mayweather Jr. surface recently.

The possible rematch between McGregor and Mayweather is recently sparked by what made their profitable pay-per-view 2017 match happen — highly publicized exchange of jeers. The first statement came from the UFC star in an interview with Tony Robbins last week. McGregor looked back to his fight with the undefeated boxing champ and mentioned he is more confident if there would ever be a rematch.

“I was whooping him in the early rounds,” McGregor recalled (via MMA Fighting). “I actually went back to my corner after the first round and said ‘this is easy.’” He then gave props to Mayweather for quickly adjusting his fighting style to counter the UFC fighter that the whole world know very effective. “Now you’ve got to respect that. That’s what a crafty veteran can do. He can switch his style,” McGregor added.

The Notorious went on to recall how Mayweather’s quick changing of boxing style stunned him and admitted that he did not see it coming. But he believes now that he can offer a better match in a boxing ring. “I believe I would win [in a rematch],” McGregor said. “Actually, there I go again with the fake humbleness — I know I would win.”

Fans have been hearing Mayweather being adamant to stay in retirement as many boxing followers still hope he would have a rematch with another legend of the sports — Manny Pacquiao. But it appears that Mayweather’s camp is more accepting of McGregor’s seemingly informal challenge.

Mayweather’s advisor Leonard Ellerbe called McGregor’s statement “interesting.” “All he’s got to do is call Dana. That’s all he has to do,” Ellerbe told TMZ Sports. “I can’t speak for Floyd but I’ll tell you what, Conor McGregor, if he wants that a**-whooping again, I’m sure Floyd would oblige to that.”