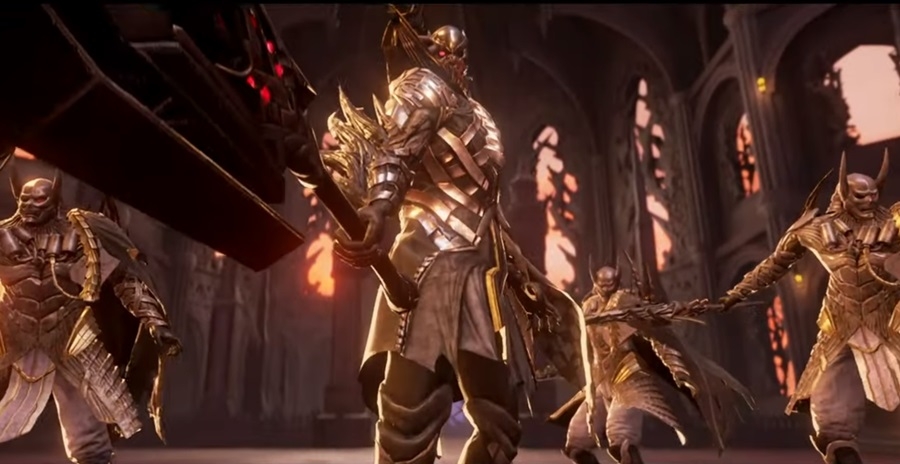 “Code Vein” will be dropping next month and fans can’t wait to do a lot of dying. Having been inspired by the “Dark Souls” series, the action role-playing game has been given a heavy emphasis on its difficulty factor, perfect for those who have a penchant for these sort of titles.

And as preparation for the arrival of “Code Vein,” Bandai Namco will be releasing a demo on Sept. 3 for gamers to judge the game for themselves. The demo will only be limited to the first parts of the game.

But don’t let that fool you since even at the beginning, it’s expected that “Code Vein” will be challenging from start to finish. Here’s what the developers have said about the demo.

Code Vein demo to allow players to explore “The Depths”

“In this demo, players will be able to create their own character, explore the start of [Code Vein] and dive into the first part of “The Depths,” a challenging dungeon that will test any Revenant’s mettle,” Bandai Namco said. One of the strongest aspects of this game will be its battle mechanics and how it will utilize a variety of weapons to help the player press forward, Polygon reported.

Indeed, players are encouraged to switch between weapons based on what enemies they’re facing and what sort of situation they’re in. But above all else, “Code Vein” will require you to be observant. Recognizing attack patterns of enemies, especially bosses, is crucial during combat. Timing your dodge and using the brief window for a counterattack would be your best strategy both in the early and later stages of the game.

Code Vein unlikely to have a strong narrative

You’d also need to use your draining abilities in “Code Vein” from time to time to use your “gifts” as it needs blood for it to be available. However, you should take care not to overextend with this ability as you can get punished by enemies on account of the skill having a bit of a delay.

Story-wise, “Code Vein” will not offer a deep narrative as most of its appeal stems from all the bosses you’re going to have to kill. But the animation does look good as the developers have taken a lot of inspiration from the anime genre and injecting it into the game. There’s no denying that this title will produce a lot of waifu memes once it hit the shelves on Sept. 27.