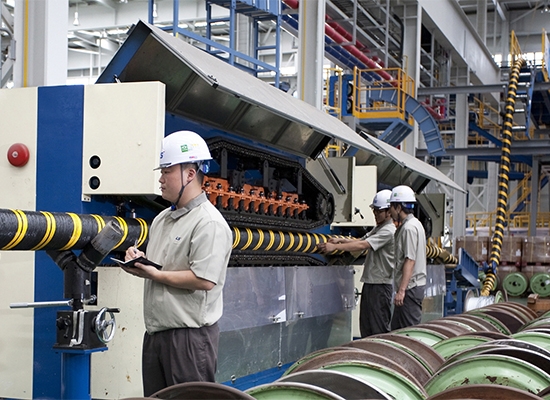 LS Cable & System has had a number of offshore wind projects with Orsted, having supplied cables to the world’s largest offshore wind farm, Hornsea One and Two, in England.

The deal is estimated at hundreds of millions of dollars, according to industry sources.

LS Cable & System has had a number of offshore wind projects with Orsted, having supplied cables to the world’s largest offshore wind farm, Hornsea One and Two, in England.

It will also supply subsea cables for the Greater Changhua 1 & 2a offshore wind farms in Taiwan.

Orsted is set to build a 1.6-gigawatt offshore wind farm project in the waters off Incheon, which Orsted Asia-Pacific President Matthias Bausenwein said would offer massive opportunities for local suppliers.

The Incheon project, which will cost up to 8 trillion won, is expected to create 10,000 to 11,000 high-quality jobs annually and create 600 contracts big and small, which is a lot of business opportunities for the local supply chain,” Bausenwein said.

The offshore wind farm will be installed with 100-140 wind turbines and be able to generate electricity for 1.3 million households annually.

It would also cut 4 million metric tons of carbon emissions, equivalent to the amount emitted by 1.9 million cars.