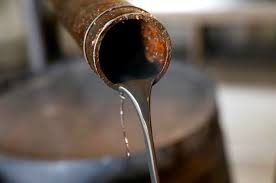 China posted an all-time high importation of crude oil from Saudi Arabia, surging 95 percent in May from last year as refineries took advantage of the low prices while trying to meet increased demand.

The country's crude oil imports jumped 19.2 percent in May from last year to its highest monthly level.

Chinese refineries have been increasing crude storage, estimated by energy consultancy Kpler, to reach an all-time high of 782 million barrels by taking advantage of low prices with the pandemic stunting global demand.

Last month, China received its first crude cargo from the US since November, of around 550,000 tons.

China is set to import a record amount of US crude oil in July, as purchases made by bargain hunters during April are delivered.

However, China avoided importing from Venezuela, and minimized shipments from Iran were due to US sanctions.